INDIA & BEYONDWORLD
By Sambad English Bureau On May 1, 2021 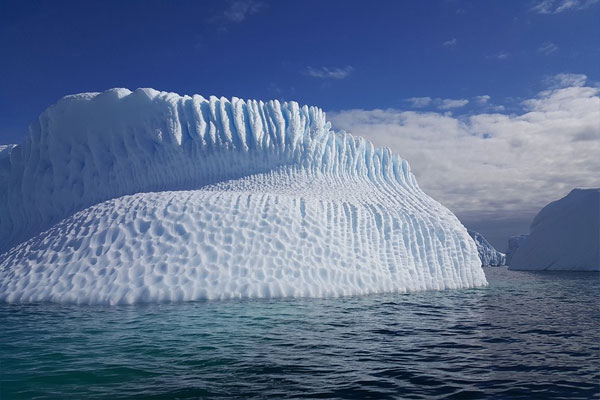 New Delhi:  The Antarctic and Southern Ocean Coalition (ASOC) welcomed this week’s announcement of a new joint strategy to achieve the designation of three new large-scale marine protected areas (MPAs) in the Antarctic, taking one step closer to securing the largest single act of ocean protection in history.

The Ministerial Joint Declaration on April 28 called on all CCAMLR Members to act as soon as possible to conserve the Southern Ocean’s unique biodiversity and ecosystems for present and future generations.

ASOC, a group of conservation organisations, also welcomed the announcements from the US and New Zealand to join the EU, Australia, Norway, the UK and Uruguay in co-sponsoring two of the MPA proposals, the Weddell Sea and East Antarctica.

“This is a huge step forward in efforts to ensure meaningful, long-term protection for Antarctica’s unique and irreplaceable species. We support the call on all CCAMLR member states to conduct negotiations over the next few months so these MPAs can be adopted in October 2021. It’s time for CCAMLR to live up to its commitment to be a conservation-focused organization,” said Claire Christian, ASOC Executive Director.

The Commission for the Conservation of Antarctic Marine Living Resources (CCAMLR) committed in 2009 to designate a network system of MPAs but has thus far only designated two MPAs due to disagreements between treaty parties.

Given the mounting scientific evidence that protected areas are an effective policy response to the global crises of biodiversity loss and climate change, the failure of CCAMLR to act has put Antarctic ecosystems at risk.

Andrea Kavanagh, director of Antarctic and Southern Ocean work for The Pew Charitable Trusts, said, “The Southern Ocean is one of the last great wilderness areas on the planet. And in a year in which we mark the 60th anniversary of the Antarctic Treaty entering into force, two years after it was signed in 1959, the Southern Ocean’s fate continues to affect us all.

“Its cold deep currents not only carry nutrients to feed many of the world’s fisheries, but they also regulate heat distribution around the globe. And its waters store carbon in ways we have just begun to understand.”

“Protection of the Southern Ocean is the kind of nature-based solution needed to make marine ecosystems more resilient in the fight against global climate change. We welcome the news that the US is joining the other countries leading the charge for designation of two new MPAs in the Southern Ocean.”

“Protecting our ocean is part of the solution to fight back against climate change and networks of marine protected areas are a crucial insurance policy for nature to reduce pressure on the region’s wildlife, giving it time and space to adapt.”

The CCAMLR was established as part of the Antarctic Treaty System to conserve the biodiversity of the Southern Ocean — it is a consensus-based organisation with 26 Members, including the EU and eight of its Member States.

In 2009, CCAMLR Members re-affirmed their commitment to establish a network of MPAs in the Southern Ocean and designated the first high seas MPA in the South Orkney Islands southern shelf.

Bhubaneswar reports 4 out of 11 fresh COVID deaths in Odisha

Gul Panag: Each woman who is part of our ecosystem is a role model