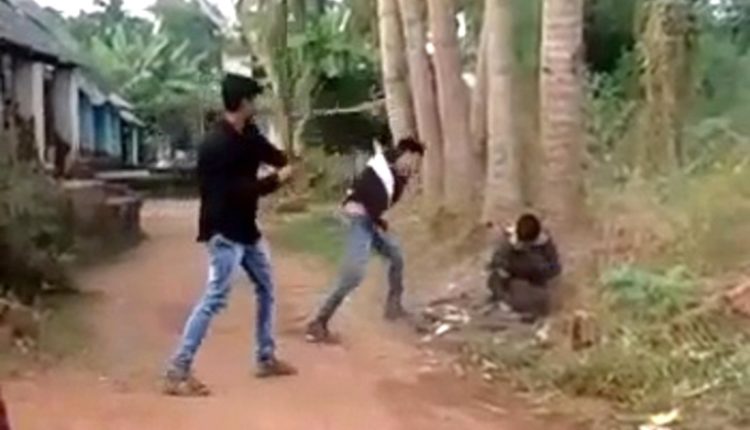 Khordha:  Inhumanity at its worst! A youth was tied to tree and brutally thrashed with a bamboo stick near Kaipadar village under Khordha Sadar police limits. And when the victim requested the miscreants for water, the latter urinated upon him.

The insane and cuel act which occurred on December 18 came to fore after a video of the same went viral on social media.

Sources said the three persons of Kaipadar village called up the youth from Bangida village asking him to met them. When he reached Kaipadar village, three people dragged and later tied him to a tree. They later went on bashing the youth mercilessly with bamboo sticks.

In the video, the miscreants were also seen abusing the youth in filthy language and kicking the youth. This was not enough for the anti-socials as one of them urinated upon him when he asked them to give him some water. Locals said the youth was attacked over love affair.

As per latest reports, police have arrested accused Rajendra Bhuyan while another one is still absconding. Khurda SP Ajay Pratap Swain said stringent action will be taken against the accused involved in the case