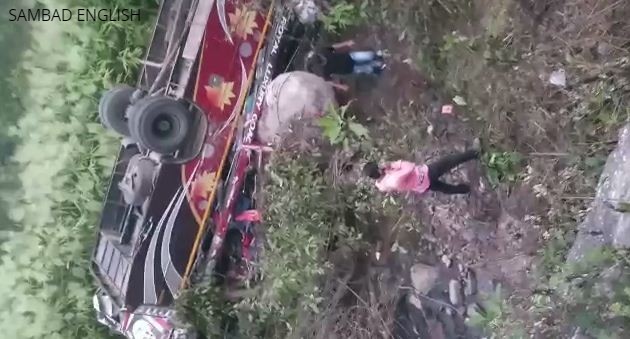 Paralakhemundi: A bus fell off a bridge at Taptapani Ghat in Odisha’s Gajapati district in the wee hours of Wednesday killing at least eight passengers, including women, and injuring more than 40 others.

According to reports, the ill-fated vehicle carrying about 50 persons was heading towards Berhampur from Kashipur in Rayagada when the driver of the bus lost control over the wheels around 3 am. The bus skidded off the bridge, fell down and turned turtle.

On being informed about the mishap, Fire Services personnel reached the spot and initiated rescue operation. The victims have been admitted to Digapahandi Hospital and MKCG Medical College and Hospital, Berhampur in Ganjam district.

The bus fell off from a height of 30 feet, a Fire official said, adding that the number of casualties is likely to increase as some passengers were still trapped inside the damaged bus. The operation was initially affected as the accident took place in a mountainous terrain.

Odisha Transport Minister Padmanabha Behera has directed for providing immediate treatment to the injured ones. He said the accident might have occured due to foggy conditions. A probe has been ordered into the incident, the minister said, adding that Taptapani Ghat has been tagged as black spot.