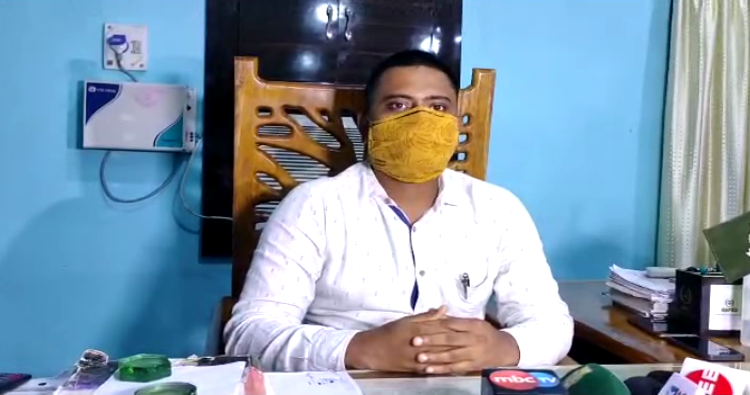 The Crime Branch team interrogated the Divisional Forest Officer at guest of the Paralakhemundi Police for around 3 hours in connection with the death case.

Sangram Keshari Behera is one of the key accused persons named in the FIR lodged by deceased ACF’s father Abhiram Mohapatra.

“If required, polygraph test will be conducted on Gajapati DFO and deceased ACF’s wife Bidyabharti to ascertain the fact,” informed Crime Branch DSP Gyana Ranjan Mishra, who is heading a 3-member probe team.

The family of Saumya Ranjan has been alleging that their daughter-in-law Bidyabharti had extramarital affairs with Gajapati DFO.

The Paralakhemundi Police had earlier given clean chit to the IFS Officer during the investigation into alleged murder case.

The young forest official Saumya Ranjan Mohapatra died under treatment at a private hospital on July 13 in Cuttack following a fire mishap at his official residence in Paralakhemundi.

As per the post mortem report, Saumya Ranjan died due to 95% burn injuries which have been described as ante mortem in nature. It further stated the injuries could have been due to application of dry heat in the form of fire and flame. The autopsy of the forest officer was carried within six hours of his death.

Kerosene smell was coming out of the body and scalp hairs, the post-mortem report revealed.

Over a month after the incident, the death of the young OFS Officer still remains a mystery as the investigators are yet to reach the conclusion about the circumstances under which he sustained severe burn injuries leading to his death.