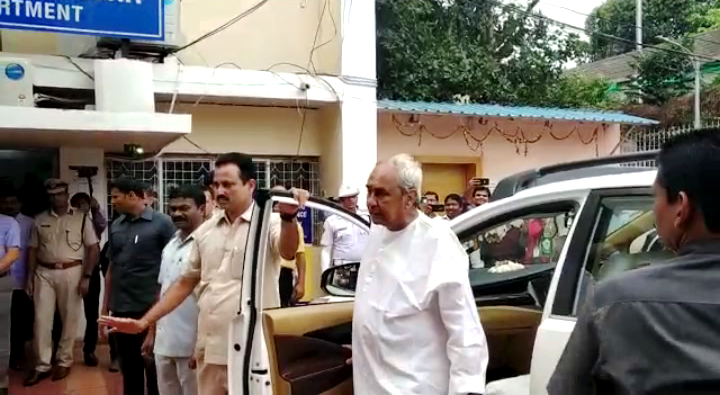 Bhubaneswar: After the recent meeting of a high-level BJD delegation with Chief Election Commissioner (CEC) over restriction on disbursal of KALIA money did not yield any results, party supremo and Chief Minister Naveen Patnaik himself turned up at the office of Odisha Chief Electoral Officer (CEO) today urging him to lift the restriction forthwith.

Accompanied by party leaders, including Bhartruhari Mahtab and Prasanna Patasani, Patnaik met the CEO and urged him to start distribution of financial assistance under KALIA scheme to the farmers in two weeks of time.

Speaking to newsmen after the meeting, Patnaik said disbursal of KALIA money to farmers has been stopped while no such restriction has been imposed on the PM-KISAN scheme.

He said,”I had come here to see the Chief Electoral Officer about a strong complaint of the election office stopping our Government’s KALIA scheme for the farmers. This is most unfortunate as they haven’t stopped the agricultural scheme of the Central Government.”

Patnaik further added that KALIA scheme is very important for farmers, particularly during the season, when they require those funds desperately.

Further attacking the BJP, the CM said, “I am also very disappointed to see that the BJP has complained to the Election Commission about KALIA scheme. The farmers will give them a befitting reply.”