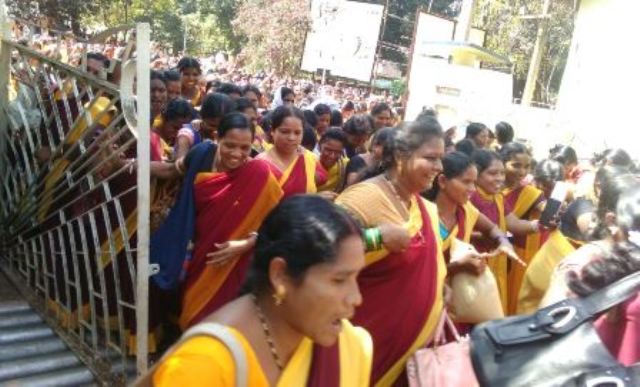 With an aim at including the Self Help Groups (SHGs) for successful implementation of various schemes of the State, the Government has decided to provide mobile phones to all Anganwadi workers, Sahu said attending a district-level programme of ruling BJD’s trade union wing ‘Biju Sramika Samukhya’ organised by All Odisha Anganwadi Workers’ and Helpers’ Front at Town Hall in Berhampur on Sunday.

She said that the State Government is working hard to address the issue of Anganwadi workers working at the grassroots level.

In a written reply in the Rajya Sabha in March 2020, she said that the target under POSHAN Abhiyaan is to provide smartphone based mobile Application to all Anganwadi Centres across 36 States/Union Territories.

As on 29.02.2020, more than 6.25 lakh Anganwadi Workers across 28 States/UTs are using the application for service delivery. Due to delay in procurement of smart phones by the States, some States have not yet provided the smart phones to the Anganwadi Workers, Irani had informed to the upper house of Parliament.

Minister rebukes officials over quality of food being served…