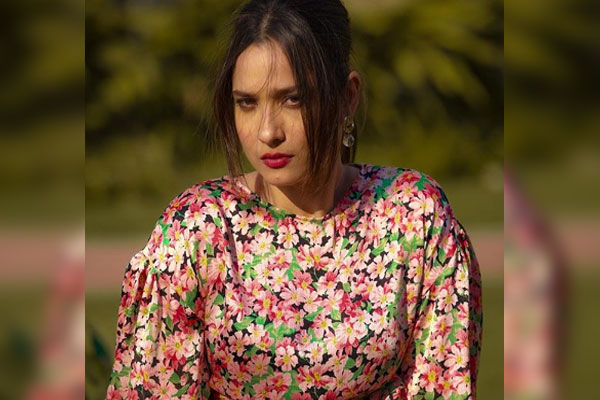 Mumbai: Actress Ankita Lokhande continues to stand by the family of her former boyfriend, actor Sushant Singh Rajput. She has supported their demand for a CBI probe, for a free and fair investigation in the case.

Recently, Sushant’s sister Shweta Singh Kirti tweeted on her unverified account, demanding a closure in the probe of the late actor’s death, tagging her post with #CBIForSSR.

Shweta had tweeted: “It’s time we find the truth and get justice. Please help our family and the whole world to know what the truth and find closure, otherwise we will never be able to live a peaceful life!! #CBIForSSR Raise your voice and demand #JusticeForSushantSinghRajput #WarriorsForSSR.”

Ankita has responded to the tweet, showing support. “We will find the truth and get justice di. #worriors4SSR #JusiceForSushant #Truthwins,” she wrote.

Sushant and Ankita dated for over six years after they met on the sets of Ekta Kapoor’s TV show “Pavitra Rishta”.

Ankita has been using her social media account to share posts about Sushant regularly. The actress, on several occasions, also shared that she feels “Sushant can’t commit suicide”. On August 8, she shared a picture of Sushant’s mother, late Usha Singh, saying that she believes mother and son are together now. In the picture, Ankita is seen holding a photo frame with the image of Sushant’s mother in it.

On June 14, Sushant was found dead in his apartment in Mumbai. His family has lodged an FIR charging his actress girlfriend Rhea Chakraborty and her family with abetment to suicide among other charges.