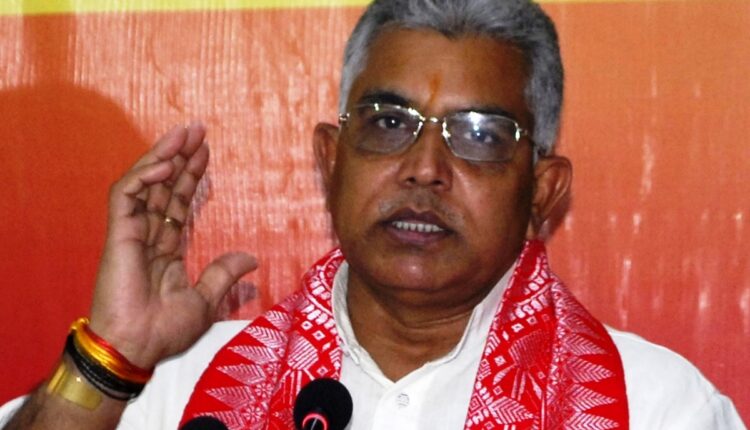 New Delhi: A day after former union minister Babul Supriyo joined Trinamool Congress (TMC), the BJP West Bengal unit claimed that it has no impact on the saffron party.

In the last few months, four BJP MLAs including Mukul Roy have joined the Trinamool. The saffron party believes that the Supriyo and other MLAs had no impact and presence at ground.

West Bengal BJP leaders termed Surpiyo an ‘opportunist’ who joined the party before 2014 Lok Sabha polls and left soon after being dropped from the union cabinet. Saffron party cadre in West Bengal believes he (Supriyo) was neither popular nor have influence among cadre.

Ghosh said that his only priority was to remain ‘mantri’ (minister) without working for people. “Soon after being dropped from the union cabinet, Babul announced to quit politics. Within two days he changed his mind and said he will remain an MP to serve the people of Asansol. Yesterday, he joined TMC. His only agenda is to get a position not service,” Ghosh said.

Supriyo, who was dropped from the union cabinet in July, on Saturday joined the TMC. In a Facebook post in July, Supriyo had announced that he has decided to quit politics. He had also said in the post that he is resigning from being member of Pariament too (obviously). Later after meeting, with BJP chief J.P. Nadda, Supriyo had said that he will continue to work as a member of parliament (MP).

Former BJP West Bengal president and senior leader Rahul Sinha said, “His regular word of appreciation for TMC gave enough hint that he will join the TMC and it happened as soon as the deal was struck.”

Denying any impact of Supriyo and others leaving, Sinha said, “All the MLAs including Mukul Da had returned to their original party. In 2015, Mukul Da joining BJP was opposed by workers but later he was inducted in the party. None of the BJP workers are leaving the party, only those who joined us before assembly polls had left.”

Earlier, BJP national general secretary and West Bengal in-charge, Kailash Vijayvargiya had said that chief minister Mamata Banerjee is misusing the state administration and police to threaten party MLAs with false cases and under pressure they joined TMC after winning the assembly polls.

“Intimidation, false cases, pressure and misuse of state machinery are the main reasons for BJP’s MLAs joining the TMC,” Vijayvargiya had said.