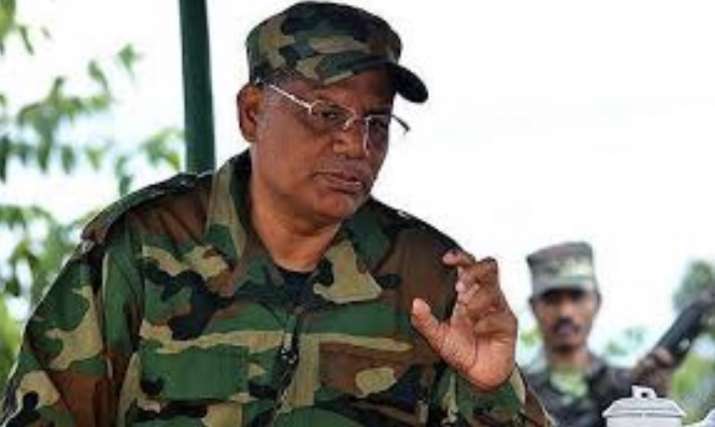 New Delhi: With coronavirus on the rise in Myanmar, neighbouring China has sealed its border town of Ruili—for long home to wanted insurgent Paresh Baruah, former leader of the United Front for the Liberation of Asom (ULFA).

Chinese authorities clamped ‘at home’ orders on residents and closed down all activity in this important border town after 15 cases of coronavirus were detected in the last 24 hours. China closed the border with Myanmar and banned cross-border travel, dealing a blow to the local businesses.

The bustling city has a South Asian feel. Ruili is smack on the Stillwell Road, which starts from Lido in Assam and ends near Kunming, the capital of China’s Yunnan province. In normal times, there is free movement of people from Myanmar to the town—only a pass issued to the people of Myanmar, usually bikers, needs to be shown at the cross-border checkpoint to enter China, as seen by this correspondent. It is, therefore, common for the people of Myanmar to do their daily shopping in the shops and malls of Ruili and return home in a few hours.

Ruili has an impressive Jade market, thronged by women, who can buy the semi-precious stone, mined in Myanmar, at bargain prices. The town is also on the drug trafficking route, in contact with the notorious “golden triangle”—the haven for poppy fields cultivated along the borders of Myanmar, Laos and Thailand. Billboards in the city warn people against drug abuse, but the rise of garish nightspots in the town also signal that the drug economy may be thriving.

Ruili is also home to Paresh Baruah, the wanted ULFA insurgent who has been sheltered by the Chinese.

Last year, for the first time India’s Ministry of home affairs (MHA), declared in an affidavit before the Unlawful Activities (Prevention) Tribunal in Guwahati, that the Paresh Baruah-led faction of the United Liberation Front of Asom (ULFA-I) is operating from China, the Sentinel Assam newspaper reported. Led by Paresh Baruah, ULFA (I) is currently running its operation from Ruili in Yunnan Province from where it is carrying out its anti-India activities, the Centre said.

The Assam government also told the tribunal that ULFA (I) is planning to leverage its Information & Technology (IT) expertise for cyber-related technical work in the Darknet, which is an emerging security threat.

This is the second time this year that China is dealing with an outbreak of the virus in Ruili. It had begun a vaccination campaign in the town after an episode of coronavirus occurred in March this year. With cases rising in neighbouring Myanmar, China clamped restrictions on its side of the border.

According to the Myanmar Health and Sports Ministry, the country had 3,947 fresh cases of coronavirus. The death toll rose to 3,570 after 57 more deaths were reported on Wednesday.

With rising numbers of cases, Myanmar’s military government also suspended trials of political prisoners inside the Insein prison in Yangon due to fears of the virus. The Irrawaddy newspaper website says that there have been unverified reports of outbreaks in at least three prisons—Insein, Taungoo and Magwe.

As the shadow of the infection grows larger, the military authorities have imposed stay-at-home orders in as many as 45 towns across the country.

For the second time, popular leader and former State Counsellor Aung San Suu Kyi warned people about the new Covid-19 strain, asking them to be careful. She told her lawyers during her trial that people will have to take more precautions as the new strain is more deadly and highly transmissible.

Suu Kyi had, last month also, issued a warning to the people over the coronavirus.

The junta has been unable to prevent an increase in infections as it is busy clamping down on protests that have continued unabated since the military coup on February 1 this year. For the past few months, it has also been occupied in quelling armed rebellions as pro-democracy civilian protestors have joined armed insurgent groups against the military.

Watch: Crown Prince of Dubai shares clip of world’s deepest pool which has a sunken city

Breastfeeding mothers should get themselves vaccinated against COVID-19 without hesitation: ICMR