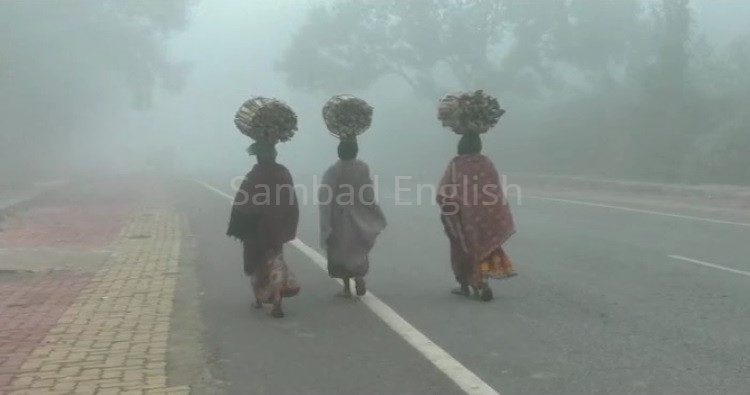 Bhubaneswar: Even as weathermen have predicted a harsher winter in north India this year, cold wave condition has already started gripping people at various places across the state.

Temperature in norther areas of India is expected to fall to as low as 3 degrees C  in January and February due to several factors, including La Nina, that has emerged in the Pacific, according to Todd Crawford, Director of Meteorology at Atmospheric G2.

Also Read: No respite from cold wave; Mercury to dip by 4°C in Odisha

La Nina, a weather phenomenon that forms when equatorial trade winds strengthen to bring colder and deep water up from the bottom of the sea. Besides, climate change has led to a lack of sea ice in the Arctic’s Kara Sea, which may contribute to high pressure ridging in that area. This leads to downstream colder conditions across northeast Asia, the weatherman added.