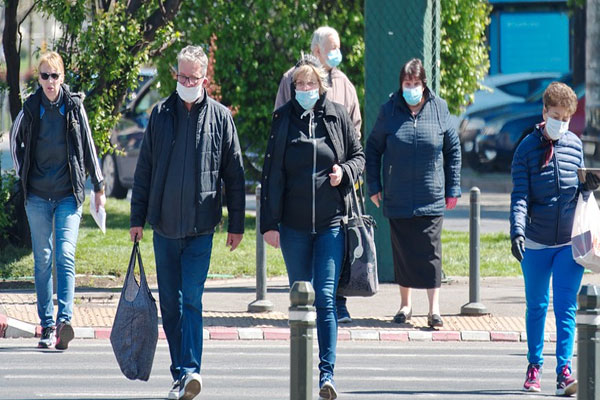 Copenhagen: The World Health Organization (WHO) has warned that Europe is expected to be “Delta dominant” by August, adding that increased mixing, travel, gatherings, and easing of social restrictions have ended a 10-week decline in the number of new Covid-19 cases across the continent.

“Last week, the number of cases rose by 10 per cent. This is taking place in the context of a rapidly evolving situation, a new variant of concern, the Delta variant, and in a region where despite tremendous efforts by the member states, millions remain unvaccinated,” the WHO’s Regional Director for Europe, Hans Kluge said at an online press conference in here on Thursday.

He noted that the “Delta variant overtakes the Alpha very quickly through multiple and repeated introductions, and is already translating into increased hospitalisations and deaths”, reports Xinhua news agency

The WHO European Region, according to Klug, is expected to be “Delta dominant” by August.

He also warneds that new variants, deficit in vaccine uptake and increased social mixing would cause a new wave of excess hospitalisations and deaths before the autumn in the region.

To counter the expected upsurge, Kluge again called upon the region to “remain disciplined” and for citizens to take up vaccines when offered.

“Vaccines are effective against the Delta variant. Not one dose but two doses. Delays in getting vaccinated cost lives and economies, and the slower we vaccinate, the more variants will emerge.”

Kluge also lamented over the clear disparity in vaccine equality between rich and poor countries in Europe and noted that it was “unacceptable” that vaccine coverage was 24 per cent throughout the entire region, “far from the recommended 80 percent coverage of the adult population”.

“With these figures, nowhere is the pandemic over, and it would be very wrong for anyone – citizen and policymakers – to assume that it is.

“The stakes are still high. Covid-19’s trajectory in the coming weeks and months depends on the decisions and actions of us as individuals, communities, and as governments, we will take now and the weeks ahead, solidarity pays off,” he added.

India to tax multinationals as per global framework