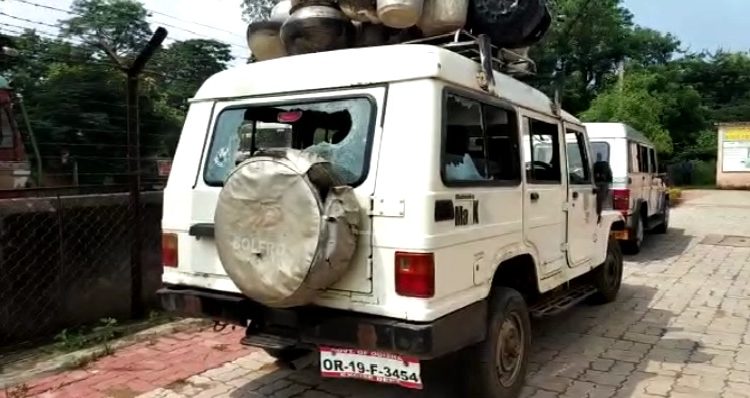 Angul: A team of excise officials was attacked by country liquor manufacturers during a raid in Chhendipada area of Angul district on Saturday.

The officials’ vehicle was ransacked and the driver was injured in the incident.

According to reports, an excise team had raided a country-made liquor brewery today after receiving an information about illegal manufacturing of country liquor at Bagadia vilage. During the raid, the excise sleuths had seized a huge cache of country-made liquor, mahua, utensils and other brewing substances from the spot.

They also detained three persons for illegal operation of country-made liquor unit at the village.

Sources said that the persons operating the brewery attacked the officials demanding release of three. They pelted stones at the officials and vehicle and fled from the spot with detainees.

Till filing of the report, no case was lodged against the attackers.