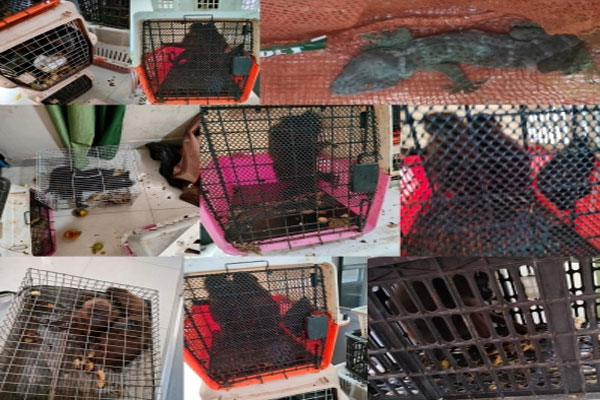 Chennai: After the seizure of exotic species from Chennai international airport over the past two days, the customs and Tamil Nadu police have commenced a probe into the smuggling.

Chennai Customs had booked a passenger arriving from Bangkok on Tuesday after exotic species like iguana and marmoset monkeys were seized. Also, an abandoned bag found at a corner of the airport on Monday had pythons inside it but the customs could not trace the person who had brought it to the country.

A senior officer of the Tamil Nadu police said that there has been an increase in smuggling of exotic species to India and from the country to outside. He said that the state police have commenced a probe into the background of people who are importing these exotic species as well as those who are taking some indigenous species outside of the country.

The customs have also commenced a probe into the smuggling of exotic animals into the country and the background of smugglers are being probed. Sources in the customs said that the person who had brought indigenous species was charged under Wildlife Protection Act. The Customs intelligence wing will interrogate the person and collect details on the individuals who were buying the exotic species that are brought to the country.

Sujith Ramasubramanian, an animal welfare activist and biologist said: “There has to be stringent laws and police should take stern action against those who smuggle exotic species into and out of the country. This will come down only after the law enforcers take proper action.”

Gaya police looking for Chinese woman suspected to be a spy