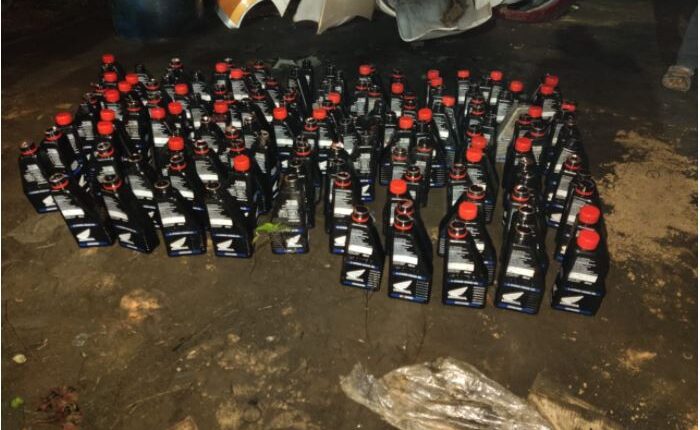 Acting on a reliable information, a police team raided a place in Sameigadia in Chakeisiani area and unearthed the fake engine oil manufacturing unit. Preliminary investigation revealed the unit was running under the supervision of one Babaji Sahu who was arrested two years earlier in another case.

During the search the police seized 65 barrels of kerosene, 70 barrels of used engine oil, note counting machine, one laptop and two calculators, said a police official.