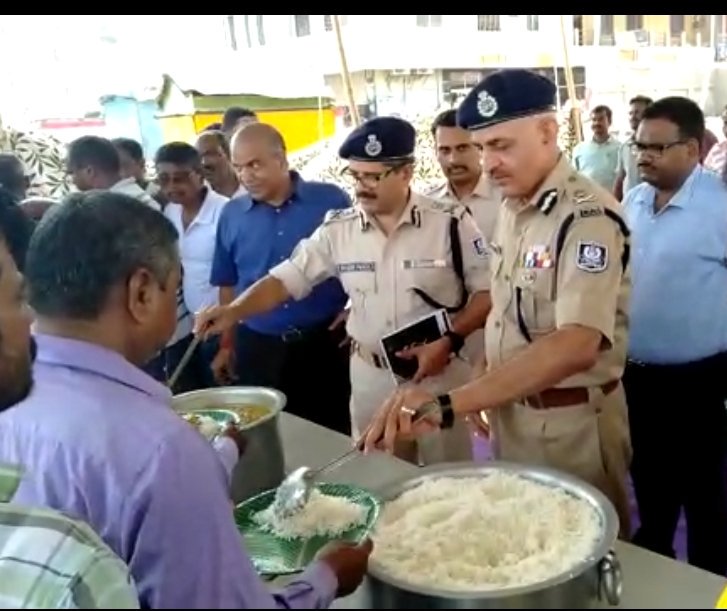 Odisha DGP Dr Rajendra Prasad Sharma were among top police officers were found serving the food to the FANI victims on Tuesday.

Under the programme, the cooked food will be disbursed to the cyclone victims, who are spending days and nights at various shelter houses and under polythene sheets in the pilgrim town Puri.

Initially, the programme will be executed for seven days. The cooked food will also be distributed among the victims subsequently in FANI affected areas including Satyabadi and Brahmagiri in the district, said DGP.

Worth mentioning, millions of people were affected by the furious cyclone FANI in 15 districts. As the thatched and asbestos roofs were blown away in the strong winds, people have been kept at shelter houses. In Bhubaneswar, the green cover was completely stripped off and the residents are struggling for power and water during scorching summer.

FANI: Total power supply restoration in Odisha capital by May 12