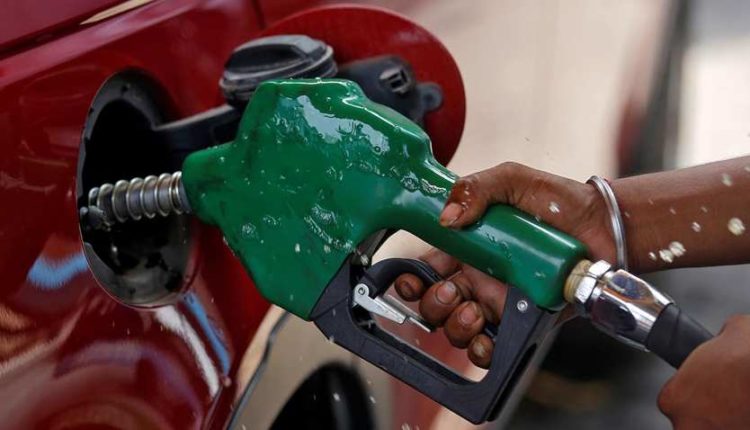 New Delhi:  Petrol and diesel prices continued their upward march on Thursday also, the second successive day of rate increase, taking the prices to cross new highs across the country.

Diesel prices also increased in the city but a tad lower by just 9 paise per litre to touch Rs 89.62 a litre.

Across the country as well retail prices of both petrol and diesel increased for the second consecutive day but the actual rates varied depending on the level of local taxes in states.

Fuel prices have been rising in the country for over two months now.

On Wednesday, the increased rate took petrol prices to cross a century-mark in Delhi and Kolkata, the two metros where the rates were still below the three digit-mark.

Officials in oil companies attribute the consistent increase in fuel prices to the development in global oil markets where both product and crude prices have been firming up for the past couple of months on demand rise amidst slowing of pandemic. However, a closer look at the fuel retail prices in India gives a picture that it is the high level of taxes that is keeping fuel rates higher even in times when global oil prices are firm.

Global crude oil price is now hovering around $75 a barrel. It was over $80 a barrel in October 2018 but even then, the petrol prices hovered around Rs 80 a litre across the county. So, even with lower oil prices now, petrol prices have hit the century and crossed it by a wider margin now in several parts of the country.

The only way retail prices could be brought down in this period is by way of tax cuts by both the Centre and States, suggests experts as crude oil prices are seen rising from here on.

Fuel prices are already touching new highs every other day.

With the price rise, fuel rates have been revised upwards in 37 out of 69 days between May, June and July up to now to take retail rates touch new highs across the country.

With global crude prices also rising on a pick up demand and depleting inventories of world’s largest fuel guzzler — the US, retail prices of fuel in India are expected to firm up further in coming days. The benchmark Brent crude reached a multi-year high level of over $75 on ICE or Intercontinental Exchange.