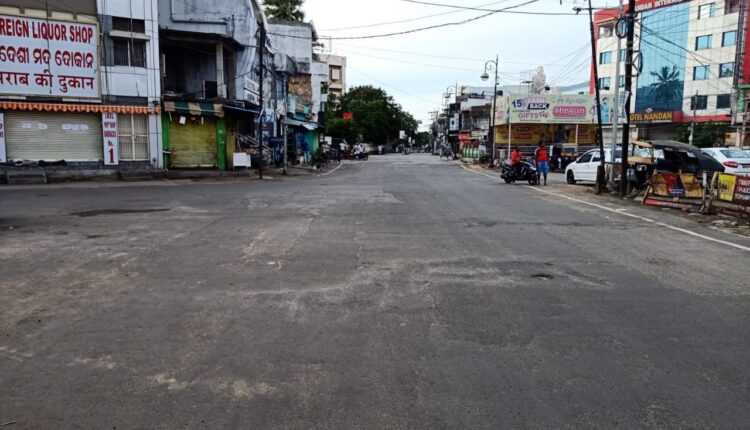 Berhampur: After witnessing a steep rise in COVID-19 cases for quite a long period, COVID-19 situation in hotspot Ganjam district seems to be improving with the daily positivity rate decreased by nearly 40 per cent.

Briefing a Press meet, Collector Vijay Amruta Kulange today said the daily positivity rate has come down to 20 % from 60 %.  Besides, the recovery rate has increased to 78 per cent. The number of  per-day positive cases in the district will hover around 250 for next one week, he added.

The southern district has reported below 300 cases for the last five days.

The Collector today further informed that  testing has been increased by three times in the district and intensive health screening is the reason behind the decline in positive cases. ” Fifth round of door-to-door screening  in urban areas has already begun and 200 teams have been deployed for the purpose,” he added.

Highlighting  health infrastructure in the district, the Collector said three dedicated COVID hospitals with 530 beds and 90 ICU units are operational in the district. Besides, 100 more bed will be added to the fold by August 8.

“There is no shortage of infrastructure in the district. 1763 oxygen cylinders are there in COVID Care Centres throughout the district. Besides 725 beds with oxygen support and 132 ambulances  are there. In rural areas, there are 5088 beds in COVID Care Homes of which 239 have been occupied,” Kulange said.

While the administration had targeted to collect 2500 samples as a part of sero survey, total 2800 have been collected after receiving overwhelming response from the people, said BeMC Commissioner.

It is pertinent to mention here that the OPD of MKCG Medical College and Hospital has remained closed since July 12. Though the Collector was recommended to reopen the OPD on August 10, but the Collector is yet to give his consent for the reopening as the situation has not improved in the district, sources said.