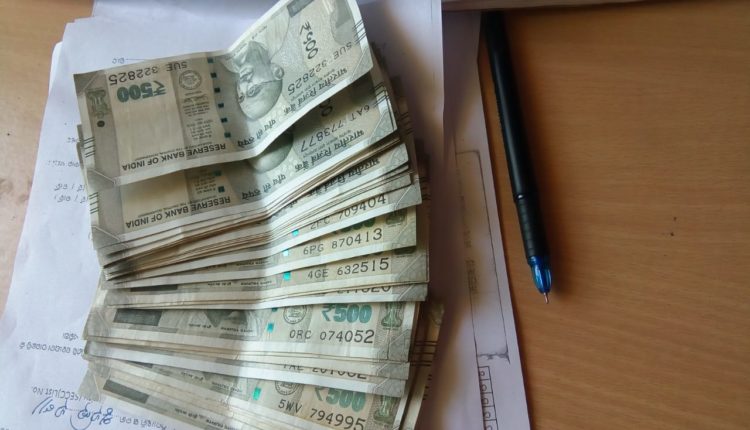 Berhampur: A Gramya Rojgar Sahayak (GRS) of Ghantapada Gram Panchayat under Kantamal block in Boudh district was arrested by Vigilance officials on charges of demanding and accepting bribe.

The GRS, Pandav Mahala, was caught red-handed by officials of Berhampur Vigilance division today while he was accepting bribe of Rs 15,000 from the complainant.

Sources said the GRS has demanded the bribe from complainant Rispal Rana of Kuansila village to register the latter’s name online and get the work order early in his favour to get a fouse under Pradhan Mantri Gramin Awaas Yojana (PMGAY). The complainant had brought the matter to the notice of Vigilance, following which a trap was laid and the GRS was caught red-handed. The accused will be produced before court late in the day.

Meanwhile, a case has been registered with Berhampur Vigilance for further investigation.