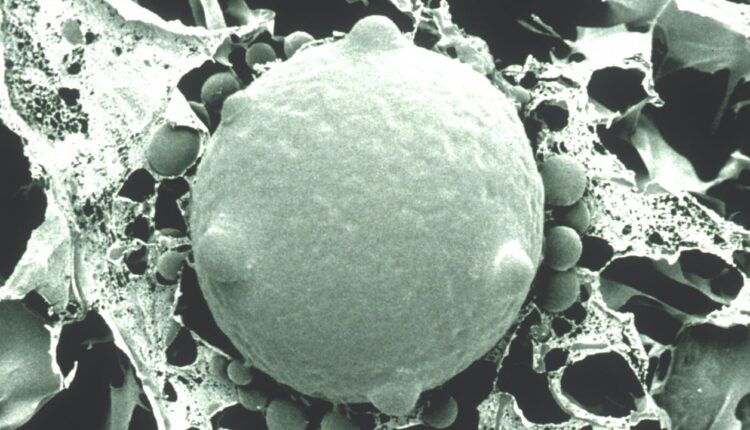 New Delhi: In a rare case, ‘White Fungus’ (Candida) has caused “multifocal perforations” in the food pipeline, small bowl and large bowl in a post-Covid-19 patient — a case different from known infections of the disease that creates problem in lungs and upper respiratory tract.

A 49-year-old woman, belonging to the National Capital Region (NCR), has been detected with the infection at Delhi’s Sir Ganga Ram Hospital after she was admitted there on May 13 with complaints of severe abdominal pain, vomiting and constipation.

“At the time of admission, the patient was in shock and had severe respiratory distress,” Ganga Ram Hospital authorities told IANS.

Explaining the details of the woman, whose name is withheld, the hospital said she had undergone mastectomy (removal of breast) for breast cancer and had received her chemotherapy till four weeks ago.

The hospital further informed that the CT Scan of the abdomen revealed free air and a moderate amount of free fluid in the abdominal cavity suggestive of intestinal perforation.

“We immediately placed a tube inside the abdomen and drained about one liter of bile-stained pus,” Dr (Prof) Anil Arora, Chairman, Institute of Liver, Gastroenterology and Pancreaticobiliary Sciences, Ganga Ram Hospital told IANS.

Next day, the doctor said, the woman was taken for emergency surgery by a team of GI Surgeons lead by Dr (Prof) Samiran Nundy of the Department of Surgical Gastroenterology and Liver Transplantation and GI Surgery.

Dr Nundy said the surgery revealed “perforation in the lower end of the esophagus (food pipe)”.

“A part of the small intestine had developed gangrene and sloughed off and she (the patient) had multiple thinned-out patches in the wall of the colon with one small leak.

“The perforations were closed and the gangrenous segment was resected in a difficult surgery lasting for 4 hours after which a piece of intestine was sent for Biopsy,” Nundy said.

Dr Arora further said that the biopsy of the resected intestinal segment showed the presence of severe ulceration of the intestinal wall with resultant perforation and necrosis caused by invasive Candida pseuodhyphae – the White Fungus.

The patient was immediately started on antifungals and showed remarkable improvement, Arora said.

However, Dr Aurobindo of the Department of Liver Transplantation and GI Surgery said, five days later the patient had to undergo a second surgery for a small leak from the anastomotic site from which she is now recovering.

Dr Arora, further added, “The Covid 19 virus has been known to affect the lungs and upper respiratory tract. Infection of the intestine by the black fungus (Mucormycosis) secondary to steroid use has been recently reported but White Fungus (Candida) causing severe ulceration and gangrene of the intestine presenting with multifocal perforations in the esophagus, small bowel and large bowel in the setting of Covid-19 infection has not been reported in literature to the best of our knowledge.

“As the exact mechanism is unknown, the probable explanation involves an unholy combination of three states causing immunosuppression: a malignancy (carcinoma breast), recent chemotherapy, and a superimposed Covid-19 infection.”

Arora said all three factors conspired together in the patient’s case bringing down the immune system to dismally low levels resulting in the turncoat of a normal inhabitant of the intestine called Candida into a monstrous invasive form resulting in multifocal intestinal perforations with resultant shock and septicemia.

“Normally the intestine remains in perfect harmony with the fungus called Candida,” said the doctor.

In immunosuppressed states like diabetes, injudicious use of steroids, overzealous broad-spectrum antibiotics and chemotherapy for an underlying malignancy, the doctor said, there is inward migration of this Candida – the White Fungus- from the intestinal lumen into the body tissues by disrupting the normal gut barriers.

“This is followed by intestinal complications like ulcers, bleeding, gangrene and perforation followed by transmigration of the Candida across the beleaguered gut barrier into blood culminating in septicemia and multiorgan failure.”

The affliction of White Fungus is milder than that of mucormycosis (black fungus) but in this Covid era one must definitely be aware of this possibility, said Arora.