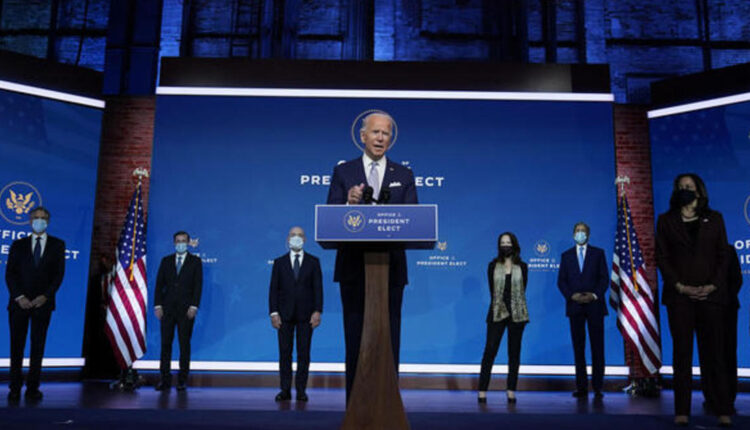 Joe Biden began a seasoned National Security team which was appointed to resume US leadership of the world. The President-elect Biden stated that this would be done after Donald Trump leaves the White House.

According to the official reports, around six women and men have chosen by Biden who will be his jet diplomats and intelligence advisors. These will try to execute a return to multilateralism, global solidarity, and fighting climate change.

To the reports of The Hindu, Biden stated “It’s a team that will keep our country and our people safe and secure. It’s a team that reflects the fact that America is back. Ready to lead the world, not retreat from it.”

While introducing for secretary of state, national security advisor, intelligence chief, homeland security and other key cabinet jobs, he further stated that this team would help to keep the country safe and protected.

Antony Blinken as for the secretary of state pledged to persevere cooperation around the world.  He also stated that the United States wouldn’t be able to solve the global problems by its own, so they have to continue with comparable actions of humility and confidence.

As reported by The Hindu, “As the president-elect said, we can’t solve all of the world’s problems alone. We need to be working with other countries, we need their cooperation. We need their partnership,” Blinken said.

Even the former Secretary of State John Kerry is elected as the Special envoy on climate change who will try to bring new administration to bring back the US into the Paris Climate accord.