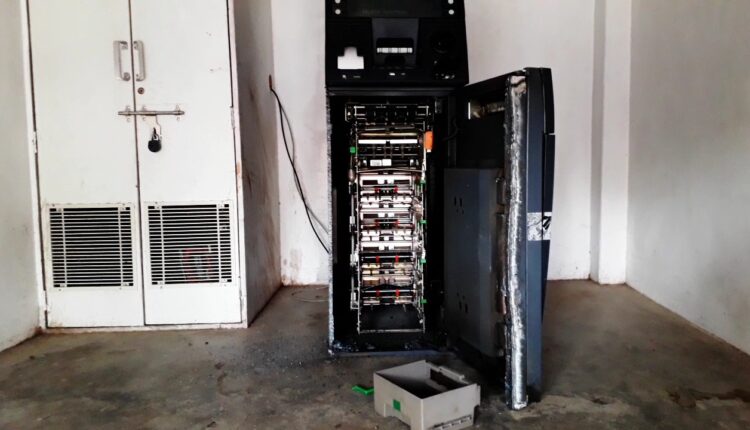 Balasore: A group of miscreants decamped with huge amount of cash from an ATM in Soro area of Balasore district late on Wednesday night.

According to reports, the miscreants broke open a Hitachi ATM kiosk and looted entire cash in Soro area last night.

However, their attempt to loot another ATM of Axis Bank located at Bagudi under Soro police limits was foiled as they had to flee to evade arrest as the police had already received information from the bank’s control room in Mumbai.

The amount of cash looted from the Hitachi ATM is yet to be ascertained.