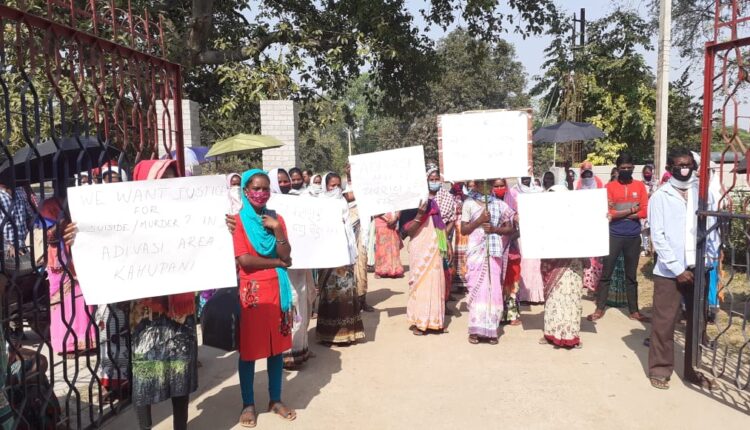 Sundargarh: The villagers of Jauramunda in Sundargarh district today gheraoed the Kutra Police Station over mysterious death of a youth from Maharashtra.

The protestors demanded the police for a fair probe into the death mystery to crack whether it was a murder or suicide.

They alleged the police of not investigating the matter and suppressing the incident terming it ‘suicide’.

According to reports, an unidentified youth was found hanging from a tree at Pahadtoli village under Kutra Block on November 5. On receiving information, the Kutra police had reached the site and sent the body for post-mortem.

During preliminary investigation, the deceased was identified as Pabin Patil (20), a native to Maharashtra. Even as the police informed his family about the incident, nobody from his family came to the police station to claim the body.

Finally, the police cremated the body of the youth in presence of the magistrate 72 hours after keeping the body under its custody.

Submitting a memorandum to the police over mysterious death of the youth in the tribal area, the villagers demanded the police to ascertain the fact.

Meanwhile, the Kutra Police has started reinvestigation into the incident citing the cause of death will be revealed after getting post-mortem report.