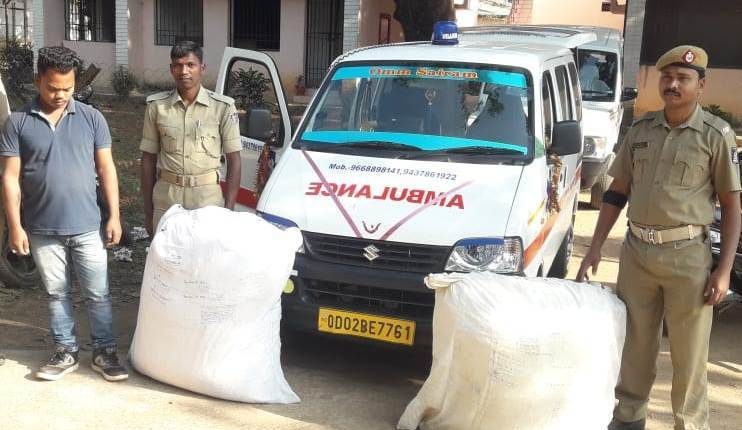 Phulbani: A man was arrested in Phiringia police station limits of Kandhamal district today on charges of transporting ganja illegally in an ambulance.

Acting as per Kandhamal SP Prateek Geeta Singh’s direction, a team of police personnel intercepted an ambulance near Kuduraha. When the cops stopped the ambulance, the driver tried to evade the blockade. However, he was unsuccessful in his escape bid as police overpowered him.

During a search of the vehicle, the police seized 80 kg ganja packed in two bags. Following this, the driver, Ajay Kumar Pradhan of Ratamati in Khordha district was arrested.

As per reports, Ajay reached Phiringia in the ambulance last night. When locals enquired Ajay whom he had brought to Phiringia, he could not provide a satisfactory answer. Suspecting something wrong, the locals informed the local police about the ambulance.

Police official sources said Ajay is being questioned about involvement of other persons in cannabis trafficking.