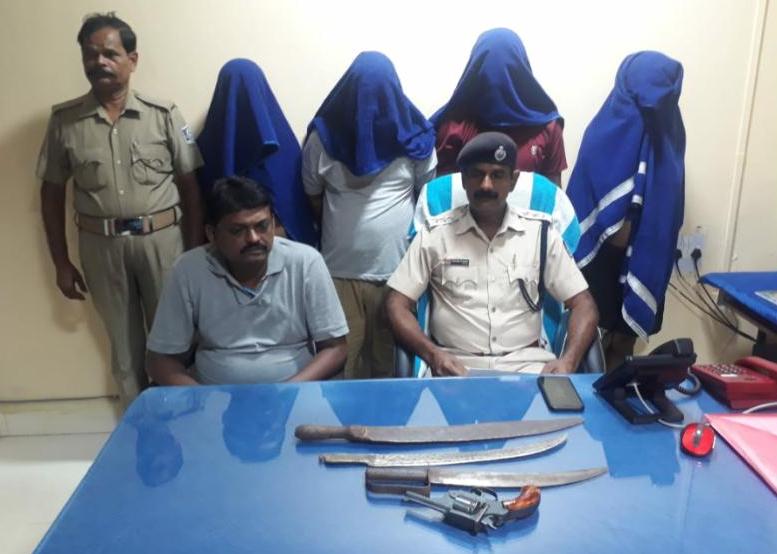 The accused identified as Mohammad Jalil (42) of Idga Mahalla, Mohammad Aftab (24) of Gopabandhu Palli, Mohammad Sabir (34) of Mahatab Road and Mohammad Chand (30) of Post Office Street were involved in many cases lodged in Rourkela and Chhattisgarh police stations.

According to report, the dacoits were absconding since a long time. They had recently visited Rourkela for another dacoity bid.

Acting on a tip off, a police team managed to nab the four at Bondamunda while they were planning for a dacoity at around 10.30 pm.