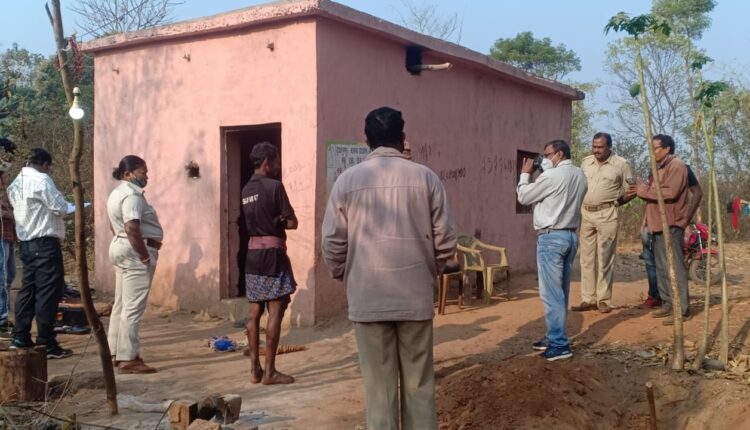 Baripada: Family feud led to a tragic end after a woman was beaten to death by her drunkard husband at Handibhanga village under Morada police limits in Mayurbhanj district.

On the fateful day yesterday, a verbal duel reportedly ensued among Budulu  and her husband Mangalu over some issues. In a fit of rage, the husband started beating his wife with a wooden plank in inebriated condition killing her on the spot. He also allegedly attempted to bury the  body after she died. However, some villagers got to know about the incident and called up Morada police. On reaching, the cops sent the body for post-mortem and detained the accused for interrogation.

This morning, Morada Tehsildar and police along with a scientific team reached the crime site for investigation. The cops seized a wooden stick and an iron pipe near the couple’s house.

Meanwhile, a case has been registered with Morada police and further investigation is underway in connection with the incident, sources said.