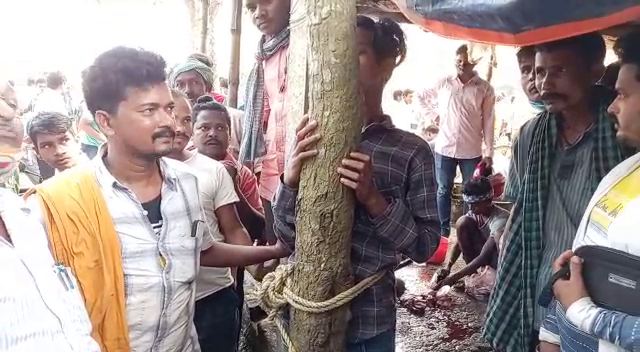 Balasore: A minor boy was beaten black and blue by locals at Simulia fish market under Baliapal police limits in Balasore district this morning for allegedly attempting to steal a mobile phone from a person.

When asked, the boy confessed that he attempted to commit the offence on the direction of his mother since they are starving for food without money.

Sources said the minor boy, a resident of Bada Bazar in Jaleswar area, had come to the market with his mother. He later attempted to steal a mobile phone from a person’s pocket in the market . However, another person standing nearby noticed it and caught the him red-handed. Soon after, a crowd  gathered at the spot. They tied him with a wooden pole and went on beating him mercilessly. Though the Baliapal police station was in the nearby, the locals took law into their hands and thrashed the minor.

On receiving information,  Bliapal police reached the spot, rescued the minor from the villagers’ clutch and took him to custody.

Schools in Odisha to reopen in November