Odisha: Two cattle traders beaten up, forced to kneel down in public 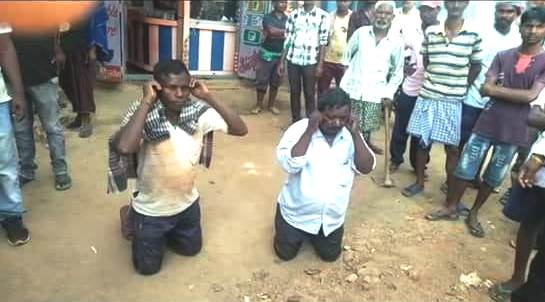 Sources said the two cattle traders of Gambharia and Bhalubasa village had gone to Gamharia village to sell beef when the locals caught them red-handed. They later thrashed them and forced them to kneel down in public.

The locals later released them after the duo apologized for their misdeed and promised not to repeat the same.

However, the police refused to have any such information on the matter.

88 cattle being smuggled to WB rescued in Odisha; 2 arrested