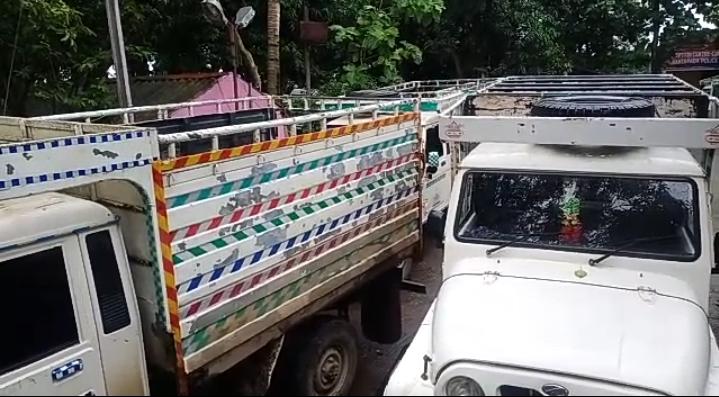 Balasore: The Khantapada police today rescued more than 100 cattle in Odisha’s Balasore district while the animals were allegedly being trafficked to a neighbouring state in eight pickup vans.

Acting on a tip-off about the cattle trafficking, cops intercepted the vehicles early this morning at Gopalpur Chhak and rescued the animals. As many as 11 persons have been detained for questioning in this connection.

The animals were being illegally transported from Bahanaga to West Bengal in the vans in the guise of vegetable transportation, sources said.

Police have seized the eight vehicles and started an investigation into the incident.

COVID-19 vaccine will be ready by year end in ‘best case scenario’: Pfizer

Road accidents in Odisha drop by 65% during lockdown