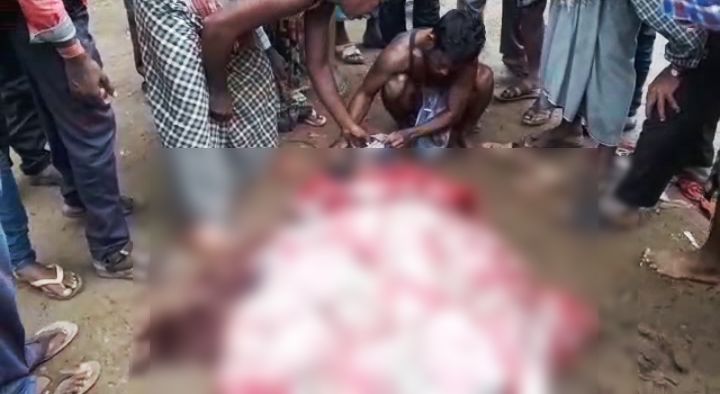 Bhadrak: In a shocking incident, a youth was killed allegedly by his brother-in-law for opposing the latter’s multiple marriages at Saidabad village under Bhadrak Rural police limits today.

The deceased has been identified as Sakim Khan (28) of Saidabad village in the district.

Sources said Sakim’s sister had married to one Bhalu Khan (35) of the same village. However, Bhalu later went on marrying four other women one after another. Sakim had been opposing this and used ti fight with Bhalu frequently for the same. Later, Bhalu had allegedly hatched a conspiracy to kill his brother-in-law.

Today morning, when Sakim was going to a nearby place, accused Bhalu hacked him to death with a knife before fleeing the spot.

Tension prevailed in the area thereafter as angry locals set Bhalu’s house and his two autos on fire. Meanwhile, police rushed to spot to bring the situation under control.

Search is on to nab the accused, said police.