ODISHA LATESTTOP
By Sambad English Bureau On May 3, 2020 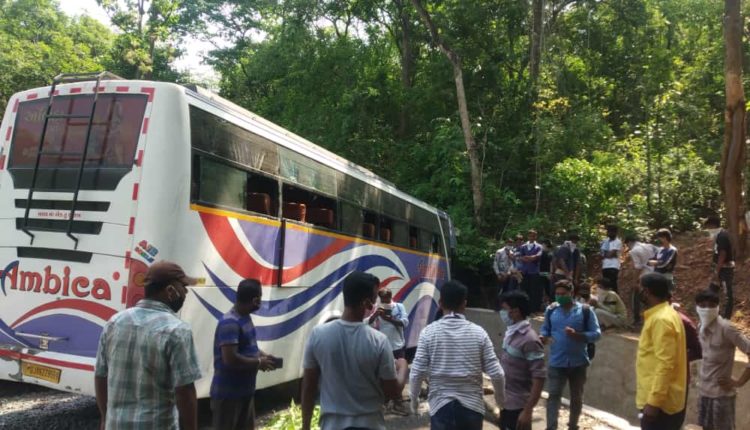 Berhampur: Barely some hours after a bus carrying migrants from Surat to Odisha met with an accident at Kalinga Ghat on Ganjam-Kandhamal border killing two returnees, another accident was reported at same place today morning.

Source said that five persons including the bus driver sustained injured in the incident.

According to reports, the ill-fated bus with over 50 migrants enroute to Odisha from Surat collided with a truck at Kalinga Ghat in the morning.

On receiving information, Udayagiri police reached the spot. The firefighters rushed to the site to rescue the returnees from the bus.

Yesterday night, a bus carrying Odia migrants from Surat to Odisha had met with an accident at Kalinga Ghat. Two returnees were killed in the incident.

Following two major accidents at Kalinga Ghat, the state government made a change in routes of buses carrying migrants to Odisha.

Situation upsets me, want this to end quickly: Ganguly on COVID-19

Train with 1190 migrants leaves for Odisha from Bengaluru