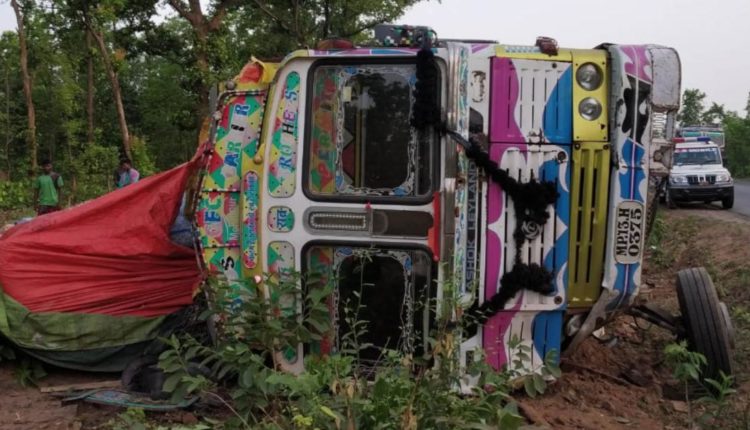 Sambalpur: A truck driver was killed after the onion-garlic laden vehicle overturned at Bhimakhoj chhak in Jujumara area of the district in the wee hours today.

The deceased was identified as Dinesh (27) from Madhya Pradesh.

According to reports, the onion-garlic truck travelling from Madhya Pradesh to Baripada overturned after one of its tyres burst at around 4.00 am. The driver died of suffocation after being pressed inside the cabin.

The Jujumara police rushed to the site for investigation.

Odisha Plus Two Arts, Commerce results likely to be out next week