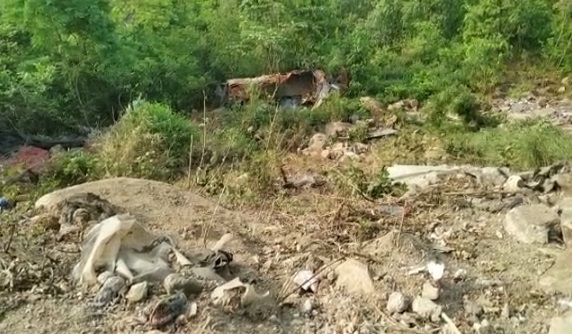 Baripada: A driver was killed after an onion-laden truck fell into a deep gorge at Dwarsuni Ghati on National Highway-49 under Bangiriposi police limits in Odisha’s Mayurbhanj district.

The identity of the deceased is yet to be ascertained. The helper of the truck sustained injuries in the incident.

According to reports, the truck loaded with onion was enroute to Kolkata from Nasik in Maharashtra. It plunged into 80-ft-deep gorge after the driver lost control over the vehicle at Dwarsuni Ghati.

The injured helper has been admitted to the Pandit Raghunath Murmu Medical College and Hospital in Baripada for treatment.

On receiving information, the Bangiriposi police reached the accident site and initiated probe into the incident.

This ‘topper’ does not know who is the President of India

One dead, two critical in truck collision in Odisha