Over 18 injured as OSRTC bus overturns in Odisha’s Angul 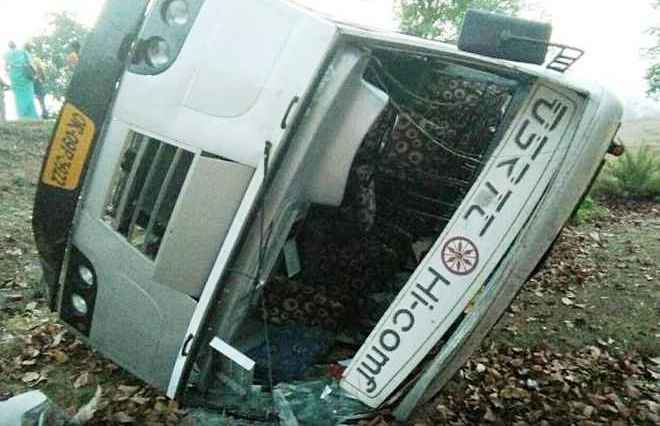 The victims have been admitted to Angul district headquarters hospital.

According to reports, the mishap took place at around 2 AM when the ill-fated vehicle was on the way to Kantamal from Bhubaneswar on NH-55.

On being informed, police reached the spot, carried out rescue operation and started investigation into the incident.

Though the reason behind the accident was yet to be ascertained, some passengers said the driver fell asleep which led to the accident.

Some other passengers said the driver was in an inebriated state while driving the bus.