People of Odisha will throw BJD out in 2019: Raghubar Das 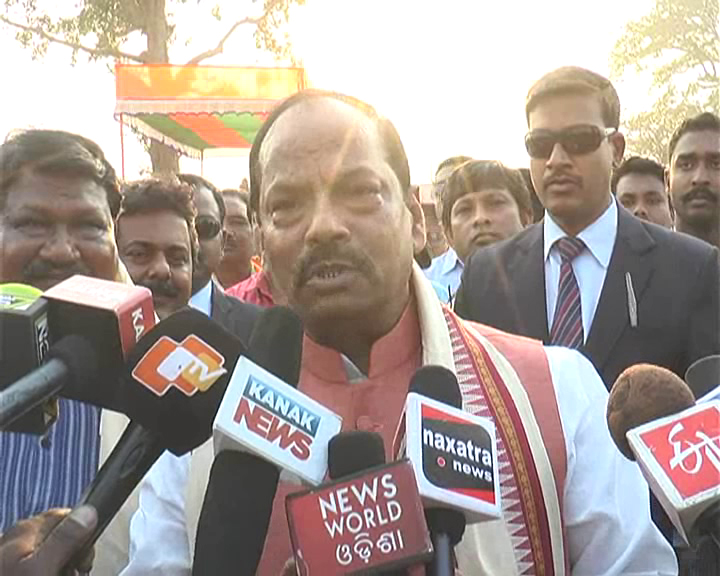 Despite 17 years of BJD rule in Odisha there has been no change in the rural areas, in the current polls people will give a warning to the BJD government and in 2019 Assembly polls they will throw it out, said Jharkhand Chief Minister Raghubar Das while campaigning for the BJP for the three-tier panchayat polls at Kusalda under Udala block in Mayurbhanj district today.

“17 years is no small time period. In these 17 years, the scenario in this village should have changed. It’s a matter of regret, the regional parties be it the one having Jharkhand in its name or the Biju Janata Dal have done nothing for these poor people-the adivasis except for using their votes to fill ballot boxes in favour of them. They have buried the poor in the coffins. But this time I feel people of Odisha will go for a change and warn the Biju Janata Dal to work for the poor or they would throw it out in 2019,” Das said.

Later Das campaigned for the party’s candidates at Rairangpur. As many as 34 BJD workers and five Congress workers joined the BJP at the meeting.

He also campaigned for the BJP candidates at Itma under Badagaon block in Talasara Assembly constituency in Sundargarh district.

However, the BJD has pooh-poohed the Jharkhand Chief Minister’s statement.

Further responding to Das’s comment that people will throw the BJD government out in 2019, Patro said: “If the BJP can manage to retain government at the Centre in 2019 it will be a big thing.”