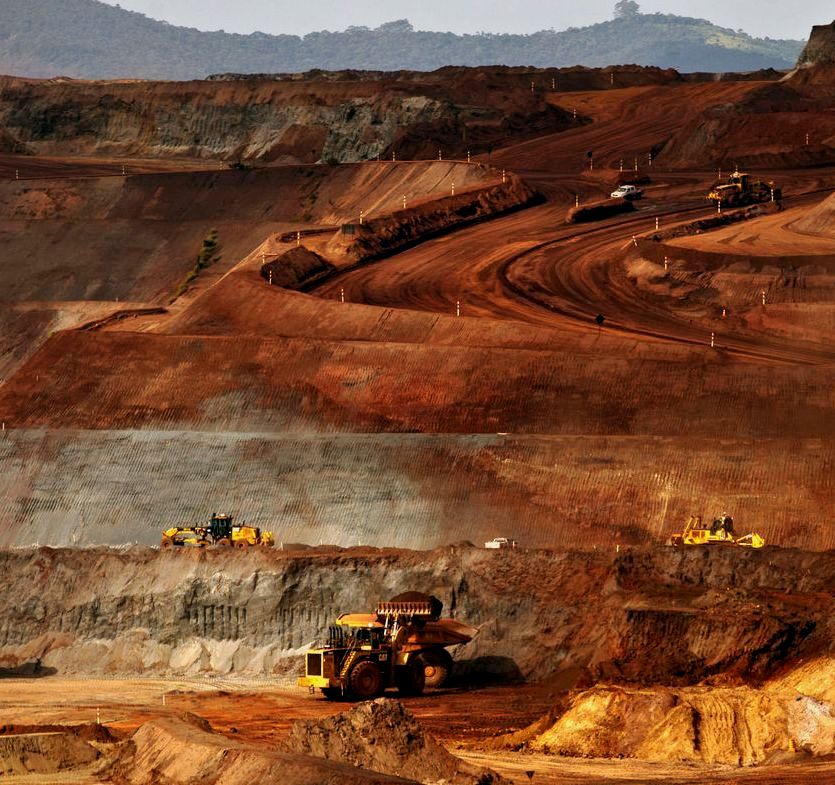 New Delhi: In a major relief to Sarda Mines Pvt Ltd (SMPL), the Supreme Court on Wednesday allowed it to resume mining operations at its Thakurani iron­-ore mines in Keonjhar district provided it pays around Rs 933 crore towards environmental compensation to the Odisha government.

The Thakurani mines of SMPL was a supplier of a high quality ore to Naveen Jindal=led Jindal Steel and Power Ltd (JSPL) plant.

A bench of Chief Justice S A Bobde and Justices B R Gavai and Surya Kant granted one month time to SMPL to deposit the dues amounting to around Rs 933 crore as assessed by Central Environment Committee (CEC).

The top court also asked SMPL to file an undertaking to comply with all the rules, regulations and other mandatory provisions for carrying out mining operations.

It said that upon fulfilment of these conditions–payment of dues and filing of undertaking– SMPL can resume its mining operations in the leased ­area for the remainder of its lease period.

The SMPL had contended before the top court that it has suffered irreparable injury and highlighted how it has already lost more than five and half years, and hardly six months of its lease ­period was left for them.

Expressing its willingness to furnish an undertaking or bank guarantee equivalent to its dues as assessed by the CEC, the mining firm has sought permission to resume mining operations.

Odisha government and the CEC had expressed no objection to the prayer of SMPL provided it deposited the assessed dues and strictly complying with all other mandatory rules, regulations and conditions for conducting mining operations.

Meanwhile, in another case filed by Odisha government against JSPL, which relates to transportation of ores worth Rs 2000 crore, allegedly stacked at one corner of SMPL, the top court asked the mining firm to furnish an undertaking by January 16 for payment of its dues to Odisha government.

The top court made it clear that it will allow JSPL to transport iron ore only if SMPL give its undertaking that it would comply with the directions of the court and pay the outstanding amount.

“Your ore kept at mines is the guarantee that SMPL will pay the outstanding amount towards environmental compensation to the state,” the bench told senior advocate Mukul Rohatgi, appearing for JSPL.

Rohatgi said, that JSPL should be allowed to lift iron ore material from its long term supplier Sarda Mines as it is affecting its business.

“This mine used to supply me ore for nearly 15 years but five-years back, the mine was closed. Since then my extracted ore is lying at one corner of the mine. I have taken loan of Rs 2000 crore from State Bank of India to purchase the ore from Sarda Mines but I cannot transport it due to the stay orders,” he said, representing the JSPL.

The bench said it is listing the matter for Thursday for furnishing of an undertaking by SMPL.

The top court, also allowed M/s Mideast Integrated Steels Ltd, which was granted a mining lease for over 104.68 hectares of Roida-­I iron ­ore mines in village Tinto­Barbil near Keonjhar, Odisha, valid till March 31, 2020 to sell the iron ore already mined and stacked by it before January 1, 2018.

The top court said that sale of iron ore already mined and stacked by Mideast should be done under supervision of an authority appointed by the State government subject to the sale proceeds being deposited with the Special Purpose Vehicle, Odisha Mineral Bearing Areas Development Corporation (OMBADC).

“The State Government shall appoint the Supervisory Authority within two weeks and the sale process shall preferably be completed within two months thereafter,” the bench said.

Mideast’s mining operations in Roida-­I iron ore mines were stopped with effect from January 1, 2018, after it failed to deposit Rs 924.75 Crore towards compensation to the state government for illegal extraction of iron ore.

The mining company had also undertaken before the top court to pay the sale proceeds of its stacked iron ore towards the demand raised against it by the Odisha for illegal mining in order to augment the State’s revenue as well as reduce its liabilities.