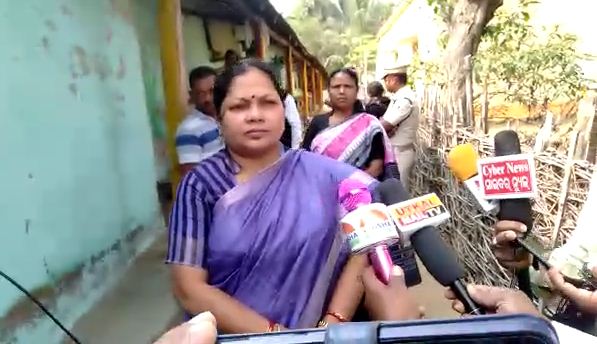 Baripada: State Commission for Women (SCW) Chairperson Minati Behera today met the family members of a rape victim, who was found hanging inside the hostel of Rairangpur College in Odisha’s Mayurbhanj district.

Behera held discussion with the kin of the deceased and assured them of justice in the case. “The family members of the victim have alleged that police inaction led to her death. We will further examine the allegations and take adequate steps so that justice is served,” Behera said speaking to reporters.

The 23-year-old lecturer of Rairangpur College was found hanging inside room no. 8 of the women’s hostel of the educational institution on November 30 evening. The deceased had lodged an FIR at Jharpokharia police station on October 30 alleging that she had been raped by a distant relative during her visit to Keonjhar on October 27.

It is being alleged that police didn’t take any action after the complaint, for which the woman was under mental stress and later committed suicide.

Alert! These SBI Debit Cards will not work from January