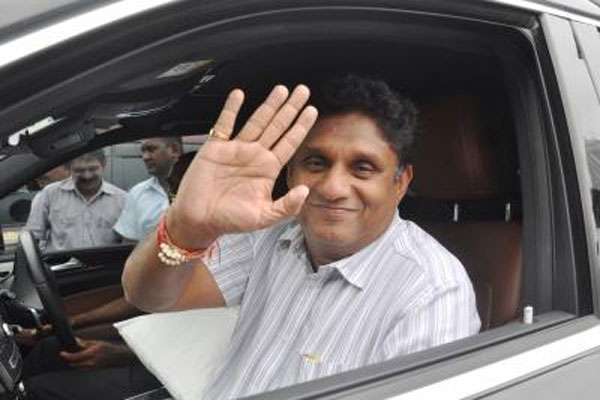 Colombo: Sri Lanka’s main Opposition leader Sajith Premadasa has told a UK media channel that he intends to run for the President’s post, once Gotabaya Rajapaksa steps down.

This comes after his Samagi Jana Balawegaya (SJB) party held talks with allies to get support for the move, the BBC reported.

Sri Lanka is facing an unprecedented economic crisis which has brought thousands to the streets since March.

The country has run out of cash and is struggling to import basic items like food, fuel and medicine, the BBC reported.

President Rajapaksa announced that he plans to resign this week, and the Speaker of parliament has said lawmakers will choose the next President on July 20.

Premadasa told the BBC that his party and allies agreed he should be “putting my nomination for the position of presidency, if a vacancy occurs”.

He lost the presidential election in 2019, and would need the support of the governing alliance MPs to win.

He is banking on getting it due to the popular discontent against Rajapaksa and his family, who have dominated Sri Lankan politics for more than two decades, the BBC reported.

The country’s inflation rate reached a whopping 55 per cent in June, and millions of people are struggling to make a living.

Premadasa said he was ready to take part in an all-party interim government.

The SJB leader has been criticised for refusing to take the post of Prime Minister when it was offered to him in April. His rival Ranil Wickremesinghe was appointed — but has also indicated that he would resign to make way for a unity government.

The country’s usable reserves have dropped to around $250m, according to local media reports.

The crippling shortage of fuel has devastated public transport. There are rolling power cuts as power plants lack enough fuel to function. Schools are closed this week as well due to the fuel crisis. Many people are trying to leave the country.

Premadasa has conceded that there are no quick fixes.

To return the economy to 2019 levels would take nearly four to five years, he said, adding that his party had an economic plan to overcome the crisis.

“We are not going to hoodwink the people. We are going to be frank and present a plan to get rid of Sri Lanka’s economic ills,” Premadasa said.

But the protesters at the Galle Face site in Colombo say that all 225 members of Parliament are responsible for the current situation, and they want a new beginning with fresh and energetic people in politics.