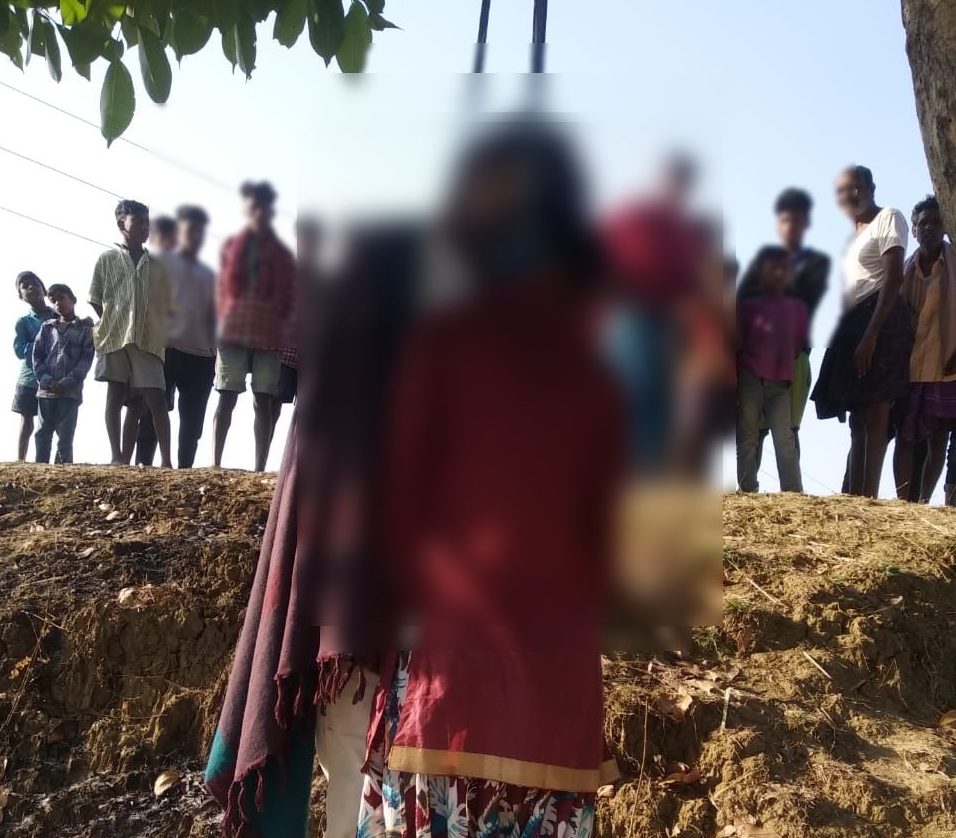 Nabarangpur: In a tragic end to a love relationship, a young couple was found hanging from a tree near a pond at Chhataguda village in Nabarangpur district today.

Though the exact reason behind the deaths is yet to be ascertained, it is suspected that the two, both aged 16 years, committed suicide over love failure.

Some locals spotted their bodies and called up the police this morning. Later, police recovered the bodies in presence of district Magistrate and sent them to hospital for post-mortem.

As per reports, while the boy dropped out of school after Class 8, the girl was a Class 10 drop out. Locals said the couple might have committed suicide apprehending that their family will not accept their relationship due to inter-caste issue.

One dead, 2 injured as rice-laden truck overturns in…