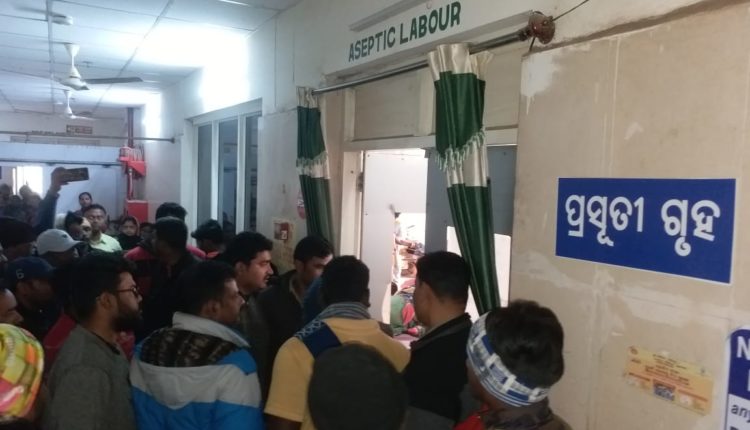 The kin of the woman alleged that the negligence by doctors and other medical staff of the state-run hospital caused death of the baby.

According to reports, a pregnant woman namely Surekha Behera, wife of Chandan Behera of Bajratundi village under Shamakhunta Block in Baripada Sadar police station area, was admitted to the Pandit Raghunath Murmu Medical College and Hospital on Wednesday after she suffered labour pain.

The family members of woman alleged that doctors attending to patient delayed timely treatment on pretext of conducting vaginal delivery. After she complained of continuous labour pain, the doctors opted for cesarean delivery.

They also alleged the doctors and medical staff of demanding bribe for normal delivery.

With the prevailing tension, the local police reached the hospital to keep the situation under control.

Till the last report came in, no complaint had been lodged at the police station so far.