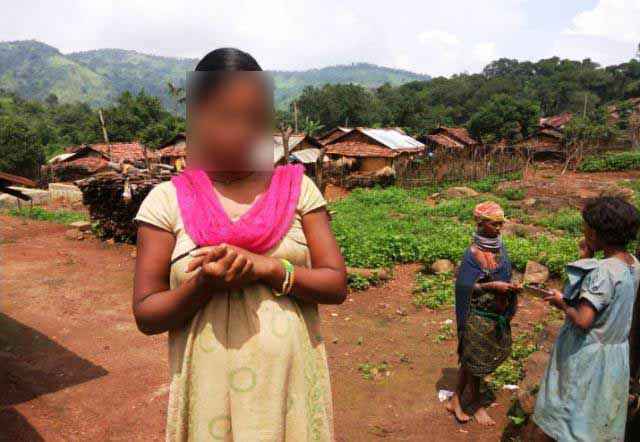 Malkangiri: Women trafficking racket seems to be active in Malkangiri district where two minor girls belonging to Bonda community were found seven-month pregnant after they were targeted by brokers in Visakhapatnam.

The two victims of Dimiriguda village under Khairipur block were sent to Vishakhapatnam by the alleged traffickers alluring them of better income and livelihoods. They were forced to be in physical relation with drunkard people and later they returned village with seven-month pregnancy.

“We were forced to be engaged in sex trade in Visakhapatnam. I don’t know whether that man will come to accept me and the baby,” said a victim, who came back to village after becoming pregnant.

Besides them, hundreds of women of 32 villages in Bonda hills were taken to Visakhapatnam and became victims of sex trade.

Around 100-200 Bonda girls from the village are going to other locations and Visakhapatnam in search of work. They develop physical relations with men and later they are forced to be engaged in flesh trade, said a villager.

According to media reports, as the government schemes including MGNREGA are found to be failure in the tribal district, the innocent women from Bonda hills are forcefully engaged in flesh trade in name of daily labour.

The Bonda girls are being taken by the traffickers to Visakhapatnam on pretext of engaging them in several sectors as the labourers.

However, no complaint has been lodged with police and labour department regarding the physical torture and mental trauma the victims went through in Visakhapatnam.