US massive bomb kills 36 in Afghanistan 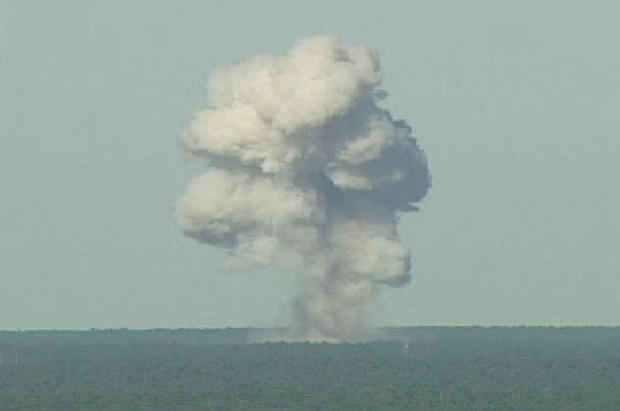 At least 36 Islamic State (IS) militants were killed when the US military dropped a massive GBU-43 bomb, also known as the “mother of all bombs”, in eastern Afghanistan, Kabul’s Ministry of Defence announced on Friday.

Taliban govt’s aviation staff to be trained by Pakistan

Ministry spokesperson Muhammad Radmanish told Efe news that a large amount of ammunition and weapons were also destroyed in the bombing.

The GBU-43, a non-nuclear, 10-tonne missile powered by a wave of air pressure, was dropped on Thursday onto the caves used by the terror group in Achin district, Nangarhar province, on approval of US President Donald Trump. (IANS)

Eleven injured in group clash over property dispute in Odisha