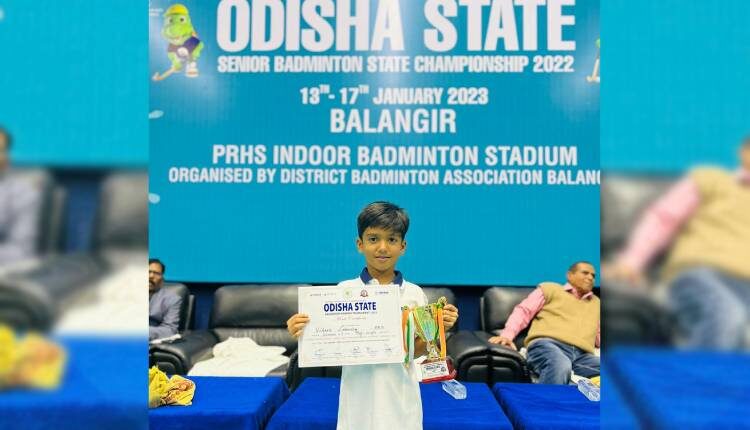 Bhubaneswar: Vihaan Samantaray of Bhubaneswar emerged as the Champion in the recently concluded Odisha State Badminton Championship, which was held at PRHS Indoor Stadium.

According to a source, the seven-year-old Vihaan came out victorious in the Under 9 Category. This was his first State Championship that he participated in.

Vihaan is a student of KIIT International School studying in Grade 1. He started playing at the age of 5 years and he practices at UDAAN Badminton Academy located in Patia, Bhubaneswar.