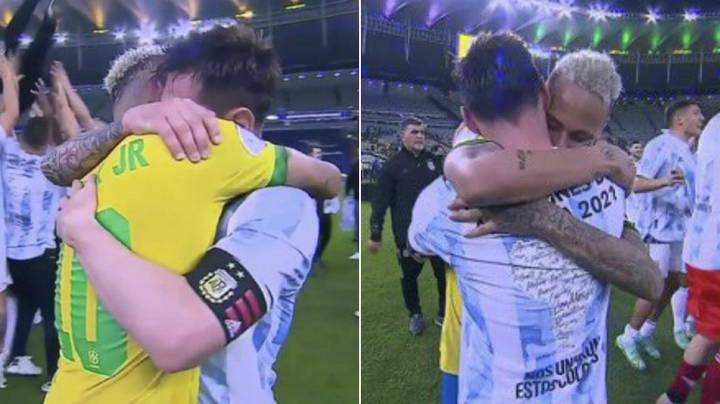 After the final whistle signalled the end of the match, which Argentina won 1-0, the newly-crowned champions ran towards Messi, lifted him up and started to celebrate. While the celebrations began for Argentina, Neymar was down on his haunches and in tears.

The Brazilian forward was consoled by his teammates, manager and support staff. But the person who came to console Neymar was Messi, the man of the moment. He came around and gave a long hug to Neymar so that he could gather his emotions. The duo was together at Barcelona for four years before Neymar moved to Paris Saint-Germain.

This moment between Neymar and Messi.

Argentina won their first Copa America title in 28 years, giving Messi his first trophy in Argentina colours. Before Sunday, Messi’s wins at the international stage were the U-20 FIFA World Cup in 2005 and a gold medal at the Beijing Olympics in 2008.