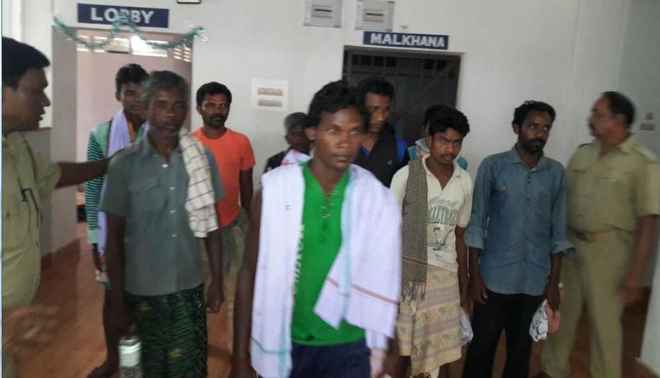 Odisha cops today arrested six more persons for their alleged complicity in mob beating a woman to death on suspicion of child lifting, taking the number of arrested to 10.

Man dies after being shot with arrow in Odisha’s Mayurbhanj

A day before, four persons were arrested of the 30 persons detained for questioning. Some more accused are likely to be arrested in the coming days, sources said.

Follwing the incident, Assistant Sub-Inspector of Police B K Sathua was placed under suspension for alleged dereliction of duty.

Worth mentioning, a woman in her late 40s was spotted loitering in the village on Friday raising suspicion among the villagers to be a child lifter.

The suspect was tied to a tree, beat her and pelted stones leading to her death on the spot.

While the identity of the woman was not ascertained immediately, later she was identified as Basanti Mohanta (48) of Anla village under Baisinga in the district.

As per reports, she went missing after visiting her daughter’s house in Baripada.

Headmaster hacked to death over property dispute in Odisha’s…