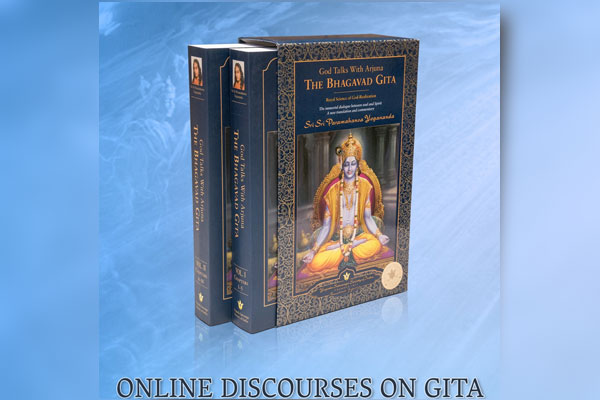 Bhubaneswar: An online discourse focusing on the Bhagavad Gita will be delivered by Swami Smaranananda Giri, Vice-President of the Yogoda Satsang Society of India (YSS) between 6:30 pm and 7:45 pm tomorrow.  The discourse would mark as the first one in the series and will be aired live in English.

During the online event, Swami Smarananda will introduce the book ‘God Talks with Arjuna: The Bhagavad Gita’ which is a new interpretation on the holy scripture from the Mahabharata written by Sri Paramahansa Yogananda.

Paramahansa Yogananda, author of the spiritual book ‘Autobiography of a Yogi’, has explained the Bhagavad Gita with divine insight. In his commentary, describing its psychological, spiritual and metaphysical depth — ranging from the subtle causes of daily thoughts and actions to the vast nature of the cosmic system — Yogananda has presented a detailed account of the journey of the soul to enlightenment.

In his talk, Swami Smaranananda will highlight Paramahansa commentary through examples and short stories, and explain how the Kauravas (bad tendencies) present within us hamper our spiritual progress; and how nurturing the Pandavas (good tendencies) in the battle of inner Kurukshetra can finally defeat the Kauravas and achieve the ultimate goal of self-realization.

Explaining clearly the balanced path of meditation and proper action (karma) described in the Gita, Paramahansa Yogananda shows how people can create a life full of spiritual perfection, peace, simplicity, and joy for themselves. Through awakened intuition, they could figure out the right course to take at every crossroad on the path of life, to determine what shortcomings are holding them back and what positive qualities are moving them forward, and to recognize and avoid pitfalls along the way.