INDIAINDIA & BEYOND
By Sambad English Bureau On Feb 19, 2021 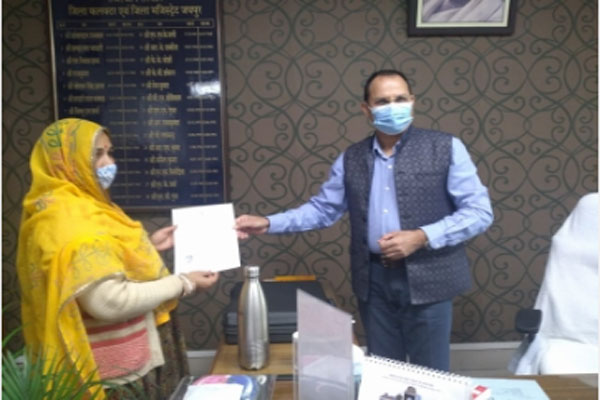 Jaipur: Seven migrants from Pakistan, including three couples, who have been living in Rajasthan, were on Friday granted Indian citizenship by Jaipur’s District Collector Antar Singh Nehra in his office.

Gordan Das, who has been living as a Pakistani migrant for 9 years in Mansarovar, said that he came here from Punjab province’ Rahimayar Khan situated in Pakistan.

“We came to India because of insecurity looming large over us as we could not see the future of our children there,” he said.

Should Rohingyas get citizenship and not Hindu refugees,…

UP BJP to set up registration camps for refugees

After receiving the citizenship certificate, these new Indian citizens expressed confidence of ensuring all the rights to their children. Besides, they will also enjoy the benefits of all the employment and government facilities and schemes, officials said.

The Pakistani migrants who were granted citizenship settled here between 7 and 15 years ago.

Nehra also congratulated all the citizens on getting citizenship and hoped that all of them would contribute in the development of the nation as good citizens while serving the country.

High School students in Odisha to get certificates online