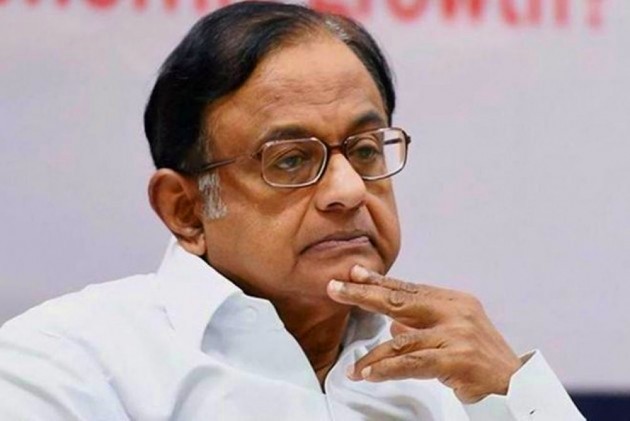 New Delhi: A court here on Friday reserved order, till September 3, on the anticipatory bail pleas filed by former Finance Minister P. Chidambaram and his son Karti Chidambaram in both CBI and ED matters relating to Aircel Maxis case.

District and Sessions Judge O.P. Saini also extended the interim protection to the father-son duo till that date.

The court, however, granted liberty to the agency to argue on any date before the pronouncement of the order.

Additional Solicitor General (ASG) K.M. Natrajan said that as the INX media case – in which the elder Chidambaram has been arrested – has a binding effect on this case, hence the matter be adjourned as hearing in that case is pending before the Supreme Court.

“If a person gets 10 dates, this is unfortunate,” the counsel said.

“P Chidambaram has only been called once by the CBI in 2014.Charge sheet has been filed and investigation is complete. While in the ED case, we filed for anticipatory bail. Two replies filed – one in July and the other in Oct. Interim protection from arrest been granted.He has been called four times by ED in 2018. He was named only in the second ED complaint.”

“I am willing to enjoy their (ED and CBI’s) hospitality. In ED, I have appeared 10 times and will appear again as and well called,”Karti Chidambaram said through his counsel Sibal.

Sibal also said that there are no allegations that his clients tampered with evidence. Both are parliamentarians, all records are documented and there is not any allegation that they have approached anyone.

The Central Bureau of Investigation (CBI) and the ED are investigating how Karti Chidambaram allegedly managed to get clearance from the Foreign Investment Promotion Board (FIPB) in the Aircel-Maxis deal when his father was the Union Finance Minister in 2006.

The Aircel Maxis case emerged out of the 2G spectrum cases,pertaining to a grant of FIPB approval to firm M/S Global Communication and Services Holdings Limited, Mauritius for investment in Aircel.

The FIPB approval was allegedly granted in 2006.According to the rules and Foreign Direct Investment (FDI) policy of the government, Chidambaram was only empowered to give approval to proposals involving a foreign investment amount of up to Rs 600 crore.