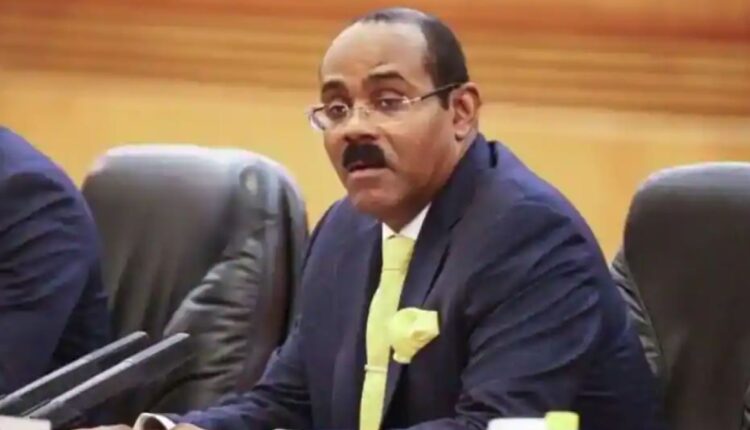 According to a clip of Parliamentary proceedings on Tuesday shared by Antigua News Room, a news outlet in the Caribbean nation, Browne said, “Mr. Speaker, I am not aware of evidence but this information is in the public domain that Mehul Choksi was abducted. And, I am aware that law enforcement here would have done some research and perhaps may have some individuals of interest but as far as evidence is concerned I am not aware that there is any such conclusive evidence.”

Browne also replied in the negative when asked if the Scotland Yard or any other agency has contacted his government about the alleged abduction of Choksi. Browne was asked a question by the opposition leader Jamal Pringle.

The Antiguan Prime Minister was reportedly asked if the Scotland Yard or any other investigative body found any evidence that Mehul Choksi was taken to Dominica by “involuntary means”.

Choksi had gone missing on May 23 sparking a massive manhunt. He was captured in Dominica where he is facing the charges of “illegal entry”. A Dominican court has ordered Choksi to be remanded at the Dominica State Prison despite a decline in his health on June 18.

The Magistrate remanded Choksi until June 24, when he will appear before the court to be further remanded whilst his trial for illegal entry is expected to commence on June 25.

The matter of Habeas Corpus filed by Choksi’s attorneys in the High Court has been adjourned sine die.

On June 11, a high court judge denied bail to the fugitive on the basis that he is a “flight risk.” On June 8, the Indian authorities described Choksi as an Indian citizen in its affidavit filed in Dominican High Court, saying that his application for renunciation of citizenship was “rejected”.

It also noted that he is therefore erroneously claiming renunciation of citizenship under the Citizenship Act, 1955. He had taken the citizenship of Antigua in 2017 and left India on January 4, 2018 days before the bank loan fraud case came to light. He is wanted in India by the Central Bureau of Investigation (CBI) and the Enforcement Directorate (ED) in Rs 13,500 crore PNB fraud case.

Choksi’s lawyers have contended that the Indian fugitive businessman was adducted from Antigua on May 21 by policemen looking like Antiguan and Indian and brought to Dominica on a boat. The legal team of fugitive diamantaire Mehul Choksi including Michael Polak in London had approached the Metropolitan Police under the “universal jurisdiction” provision to investigate his alleged kidnapping from Antigua and Barbuda to neighbouring Dominica. Polak had stated that Choksi was removed from Antigua and Barbuda to Dominica where these rights are not available to him.