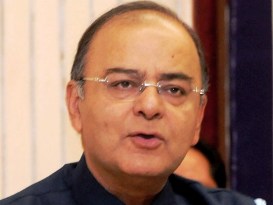 New Delhi: In line with its promise of cutting Indian corporate tax in a phased manner, the government on Thursday announced that it would be reduced to 25 per cent from the coming fiscal for companies which had a turnover up to Rs 250 crore during 2016-17.

Presenting Budget 2018-19 in the Lok Sabha, Finance Minister Arun Jaitley recalled that in his budget last year he had announced a similar reduction for companies with annual turnover of less than Rs 50 crore in fiscal 2015-16, which “benefited 96 per cent of the total companies filing tax returns.”

“I now propose to extend the benefit of this reduced rate of 25 per cent also to companies who have reported turnover up to Rs 250 crore in the financial year 2016-17,” he said.

“This will benefit the entire class of micro, small and medium enterprises which accounts for almost 99 per cent of companies filing their tax returns,” he added.

The Finance Minster said the revenue the exchequer will forgo during the coming financial year on account of this relaxation has been estimated at Rs 7,000 crore.

He also noted that following the latest Budget proposal, of about 7 lakh companies currently filing returns, only around 7,000 companies with turnover of more than Rs 250 crore will remain in the 30 per cent slab.

“The lower corporate income tax rate for 99 per cent of the companies will leave them with higher investible surplus which in turn will create more jobs,” Jaitley said.

Earlier during his presentation, he made a significant announcement of fiscal slippage with implications for pushing inflation, revising upwards the government’s fiscal deficit target for 2017-18 to 3.5 per cent of the GDP, or the equivalent of Rs 5.95 lakh crore. The higher target came in place of the 3.2 per cent for the current fiscal announced earlier.

On Thursday, the Finance Minster projected a fiscal deficit of 3.3 per cent of GDP for the year in the coming financial year. (IANS)