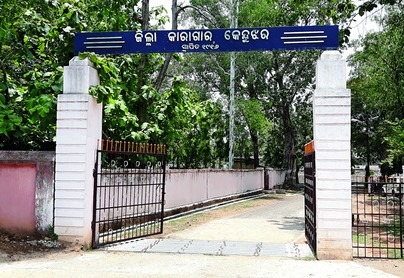 Keonjhar: A warder of  Keonjhar District Jail was placed under suspension while two others transferred for dereliction in duty in connection with the alleged suicide of an undertrial prisoner (UTP ) a few days ago.

The DIG of Prisons suspended Warder Ramesh Kabi and transferred two other warders-Upendra Mohanta and Guman Jamuda for their negligence that led to the  suicide of UTP Pradip Behera , who was arrested in July this year in connection with the rape of a minor girl in the district. Reportedly, warder Upendra was transferred to Barbil and Guman shifted to Karanjia.  Sambalpur Range DIG Amiya Pattnaik was probing into the suicide case.

Worth mentioning, Pradip was arrested on July 28 this year for allegedly raping a minor girl and was lodged at the jail since then. The deceased was a resident of Ramchadrapur village in Telkoi block of the district. On November 18, he was found hanging from the ceiling fan of the jail room.